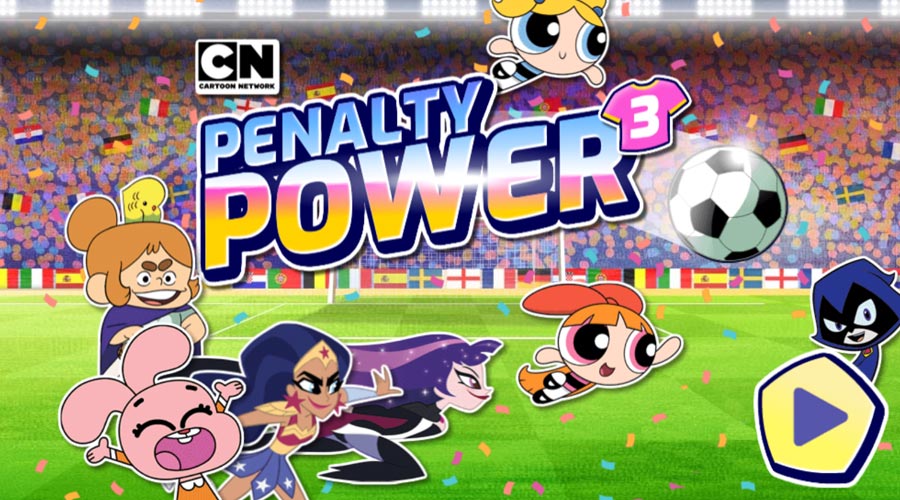 The Cartoon Network heroines will face off in a thrilling soccer tournament! In Penalty Power 3 the best penalty shooters and the best goalkeepers will participate in playoff matches with the aim of winning the prestigious trophy. Choose your captain and your favorite goalkeeper among the 16 heroines of the different CN series and get ready to play soccer in the biggest stadiums in Europe! Each match will have two phases, you will start as a shooter and will have to try to score as many goals as possible in 40 seconds. If you succeed three consecutive shots you can attempt a shot with a golden ball which will earn two points. In the second part of the match you will play as a goalkeeper and have to fend off your opponent's shots. The player with the most points wins the match.