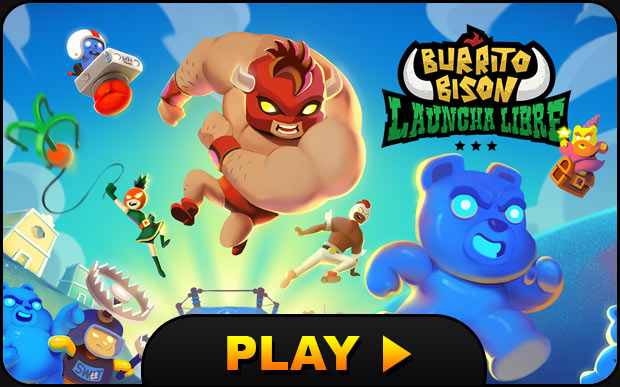 Burrito Bison is back and this time he invited his friends to fight the Gummies invasion and prevent them from dominating the world! Throw our brave bison as far as possible, hit the gummies to explode them, make money and bounce to advance ever further. Dozens of improvements will be bought for your bison to become more powerful. You will also unlock many new opponents and complete countless missions to get gold bonuses.