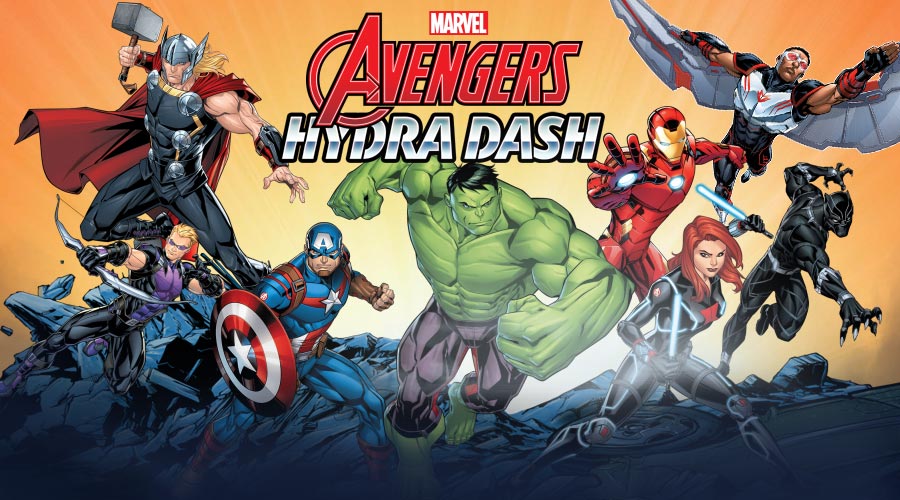 The Avengers team is once again called upon to fight against the evil organization Hydra, headed by the dangerous Red Skull who leads a most dangerous secret experiment. In the platform game Avengers: Hydra Dash you will have to collect data to stop the evil intentions of Red Skull by using the special powers of your heroes. Captain America, Iron Man, Black Widow, Thor, Falcon, Black Panther, Hawkeye and Hulk will have to join forces to complete the mission given to them, they will all be playable, each of them having different special skills. In each level you will also have to collect tokens which will allow you to improve your heroes. The game offers a 12-level campaign as well as an "endless" mode in which you have to progress as far as possible without dying.