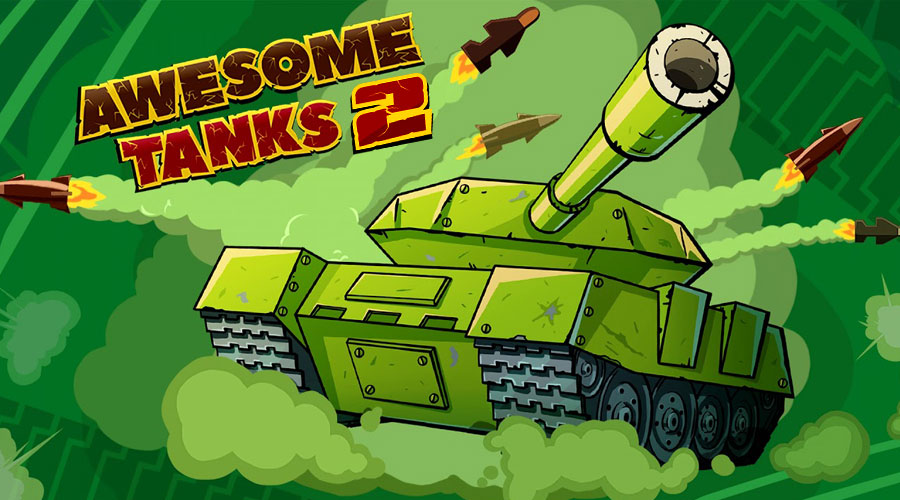 Pilot a tank and destroy your enemies in a barrage of fire with the shooter Awesome Tanks 2. Prepare to unleash an explosive conflict as you fight the other tanks who are sure to use all their weapons to destroy you. But your tank will not be left out, you will be able to improve its armor, speed, visibility and the mobility of its turrets. Many weapons can also be purchased and equipped on your machine. Each of them having their own strengths and weaknesses, use them wisely depending on the opponents you meet. Awesome Tanks 2 offers many levels of increasing difficulty, dozens of secret passages to discover and formidable bosses to defeat to progress in the adventure. As improvements are made, your tank will become an overpowered and almost indestructible war machine, which will be necessary to defeat the most dangerous enemies!