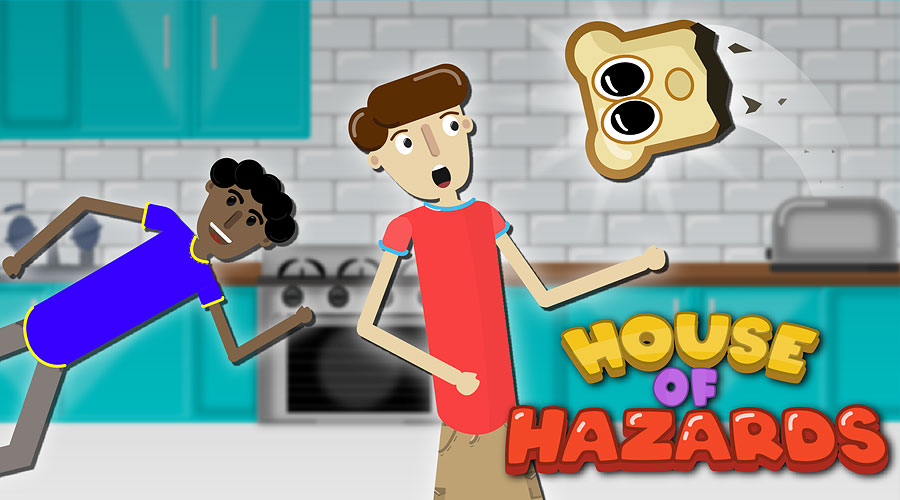 Welcome to the house of dangers! Will you be able to do all of your routine tasks safely? Waking up, drinking a coffee, watering the flowers, checking the mailbox, in principle these are trivial things but you will have to be careful of the many traps that may surprise you. A cabinet door that opens and knocks you, a candlestick that collapses on you or a dangerous swing in the garden, many events will disturb your actions. House of Hazards can be played against the computer or up to 4 players on the same computer, the goal will be to be the first character to leave the house having completed all the tasks. Obviously the other players will have to try to prevent you by triggering traps as you pass. Try to trick and make feints to deceive other players in order to achieve your goals first. Also prevent other characters from performing their actions by trapping them when it's their turn to play. Several characters can be unlocked each time you beat your previous score.