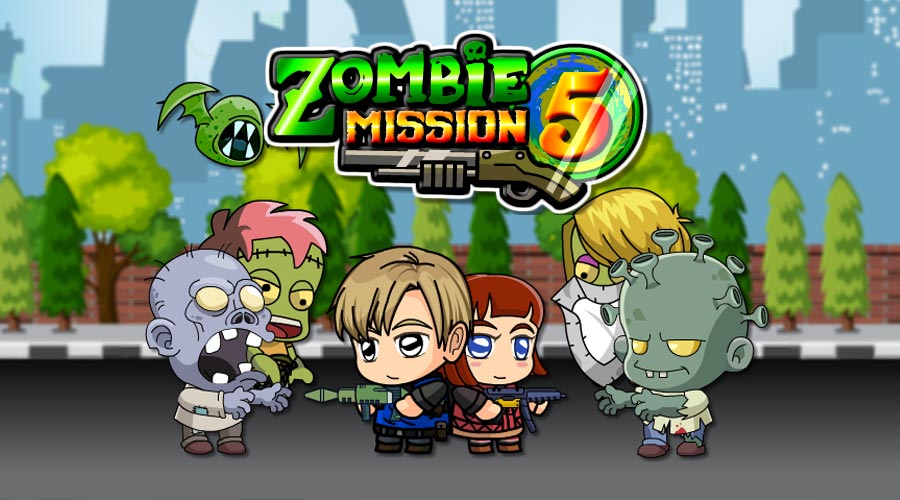 A new adventure awaits our heroes in Zombie Mission 5, they will have to combine their forces to collect all the data, save the captured humans and eliminate the living dead and other evil creatures who have invaded the world. Coordinate the actions of your two characters through 16 new levels, you can play alone or with two players simultaneously on the same computer. Avoid traps, move objects to clear passages and use no less than 9 different weapons to defend yourself against zombies. The levels can be completed in three difficulty levels, Normal, Hard, or Extreme.