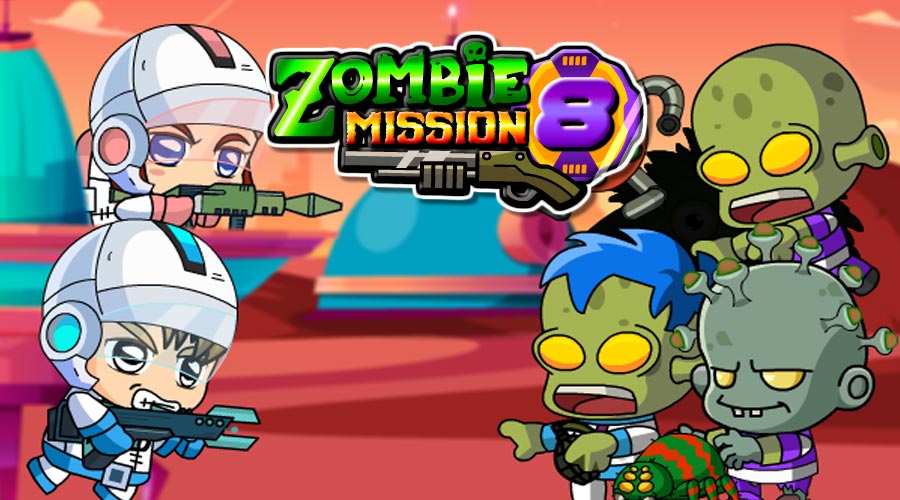 In Zombie Mission 8 the adventure continues where it left off in the last episode. After the space station it's the turn of the Martian colony to be invaded by zombies. All the scientists and workers based on the planet Mars have been taken prisoner, it's up to you to search and rescue them using the right weapons and the right vehicles for each situation. Mars is a hostile planet and in addition to the zombies it will be necessary at all costs to avoid the meteor rain which will fall regularly. When the alarm sounds you will have a few seconds to take refuge in a shield cabin that will protect you. To progress in the adventure you can jump on the walls, use gravity switches but also go to the market to buy many upgrades that will make your heroes better prepared for combat. Zombie Mission 8 offers dozens of levels that can be played alone or in cooperation, 2 players on the same computer.