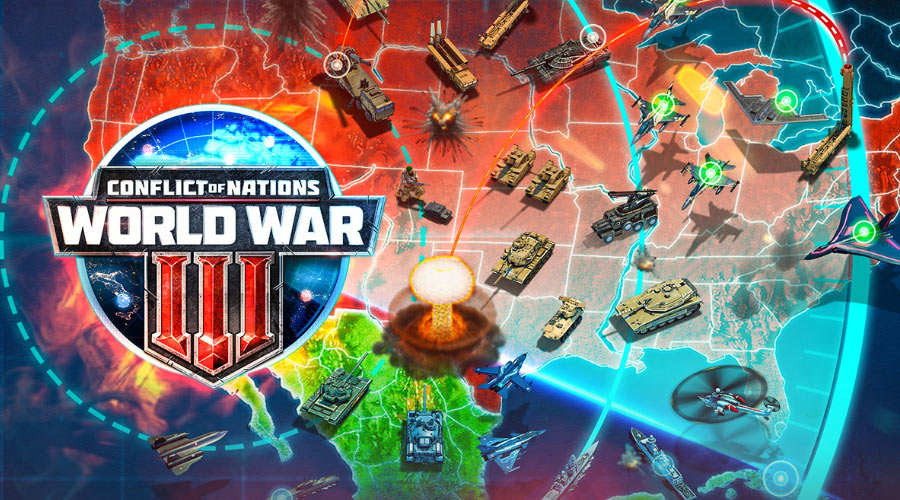 An other world conflict is coming, take part to the war in the multiplayer strategy game Conflict of Nations: World War 3 and defend your nation against the separatist forces that threaten your territory. Compete also against other players to expand your global influence and win the game. Build your empire by recruiting military forces and use your powerful army to reach your goal. But beware, war has a cost! You will have to watch over the morale of the civilians, maximize the production of the various resources in your territories and continually recruit armed forces to face the various war fronts, defend yourself or even extend your territorial domination by conquering new provinces. You can make researches in your lab to develop military technologies and unlock new units. Infantry, tanks, helicopters, aircraft and naval units can be deployed on your territory according to your needs and your strategy. But in Conflict of Nations: WW3 diplomacy and trade will also be very important, create alliances or coalitions with other players who share the same strategic interests as you and exchange resources on the market to meet your raw material needs more easily.