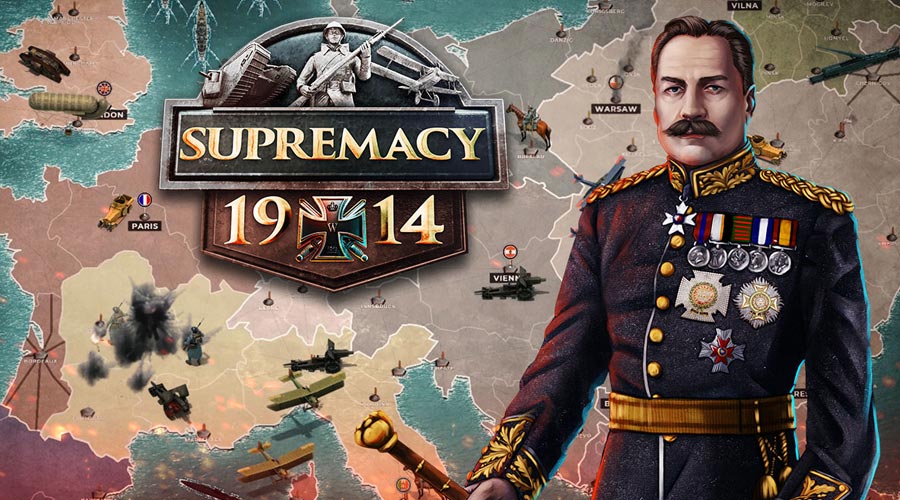 Which nation will you choose to lead in World War I? Supremacy 1914 is a multiplayer strategy game in which you will have to ensure the survival of your people and expand your empire in the difficult and unpredictable context of the 1st World War. Manage the production of resources in your provinces, recruit armies to defend your nation or conquer other territories and thus extend your influence. In each of your provinces you will be able to build production buildings, military infrastructures and territorial developments according to the available resources. But an empire is not built overnight, to prosper it will be necessary to establish strong alliances with other players, create commercial or strategic partnerships, form coalitions bringing together several nations and even use spies to obtain information on your enemies!
To achieve victory in Supremacy 1914 you will need to master all the strategic aspects of the game, manage your resources efficiently, have a flawless military strategy and build strong alliances.

Game Features:
- Real-time multiplayer
- Dozens of opponents per map
- Realistic moving distances
- Troops and vehicles true to history
- Vintage experimental weapons and units
- Create alliances with other players
- Win together in coalitions
- Play on all your devices