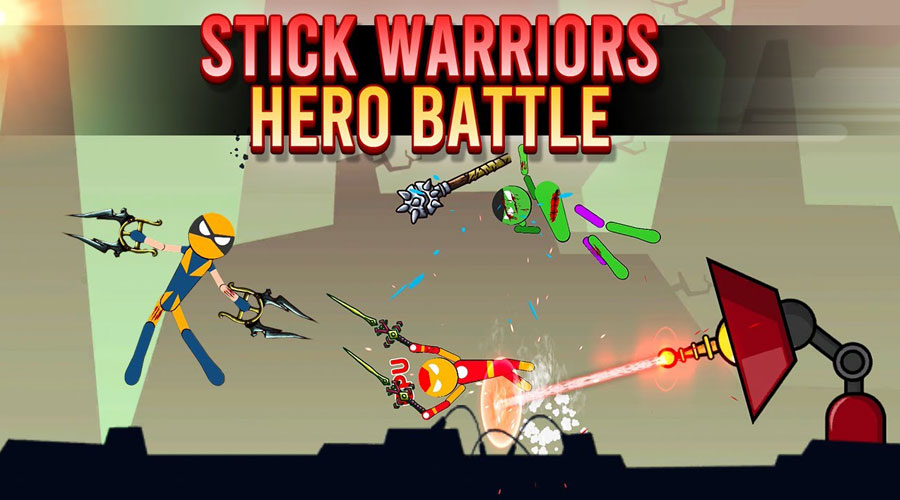 The battle of the Stickmen heroes is about to begin and all the warriors are ready to face each other in 1 or 2 player duels. Stick Warriors Hero Battle features fierce and intense combat in arenas full of traps. The 8 Stickmans Red Grave, Green Nightmare, Polarity Web, Crimson Savior, Dark Justice, Quick Slash, Aqua Blade and Mr. Superior will use different weapons and have their own fighting style. Don't forget to collect special powers during the clashes, most of them will give you an advantage but watch out for some which will give you a penalty. Stick Warriors Hero Battle offers a solo mod with more than 20 levels to complete, a 2-player mod to compete on the same computer and an "endless" mod in which you will have to survive as long as possible against waves of enemies .