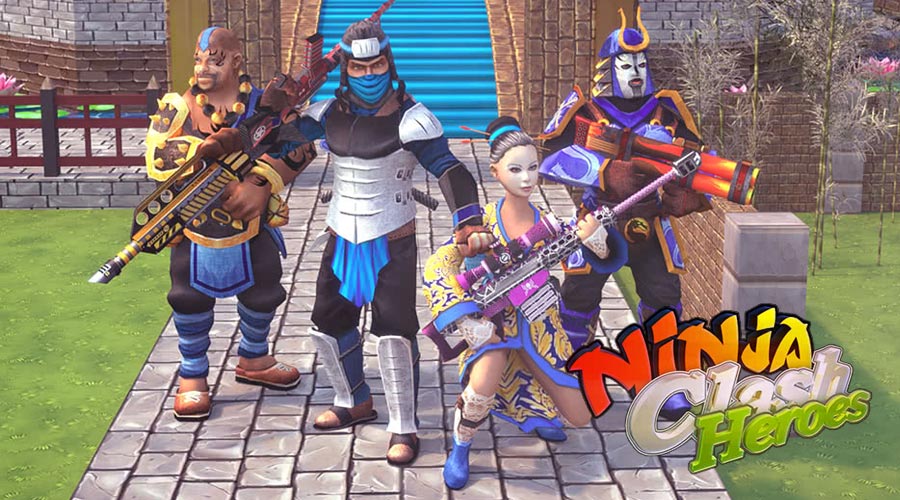 Forget the traditional Ninja fights with katana or saber, in the shooter game Ninja Clash Heroes the characters will fight with devastating modern weapons! Four classes are available: The Scout and his submachine gun, the Sniper armed with a sniper rifle, the Sentinel and his shotgun and finally the grenadier armed with a grenade launcher. Enter the arena and eliminate the enemies of the opposing team to score points. You will also have to defend your relic and try to capture the relic of the opposing team and bring it back to your base without getting killed. Each game lasts 3 minutes and 30 seconds, the team with the highest score at the end of time wins the game. You will be able to improve each class by gaining experience during your games, the medals obtained will increase the life points of your character. Unlockable chests will also offer various bonuses as well as cosmetics for your weapons.