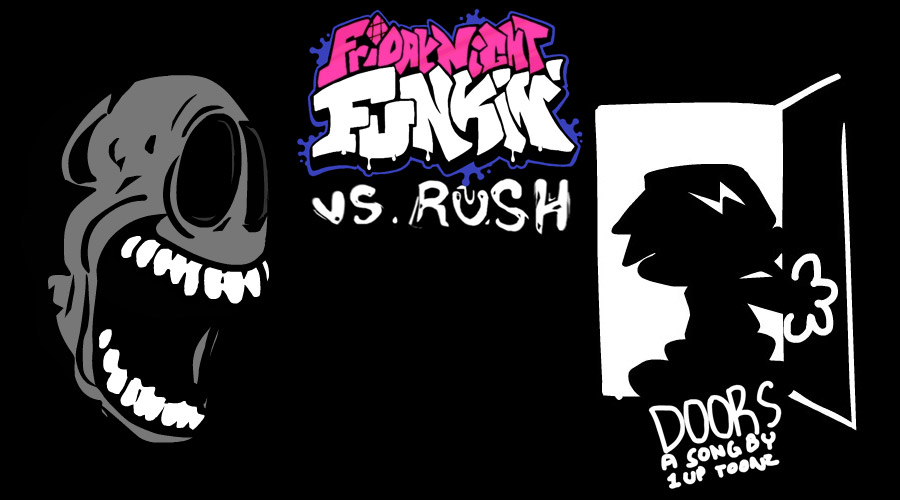 FNF Vs. Rush is a mod based on Roblox Doors and one of its famous songs. A group of friends decided to make a playable version of the fan-made song Doors. This is how Boyfriend will once again venture into a strange universe, that of the Manor of Roblox Doors and its 100 doors. During his exploration he will meet Rush, the frightening monster that haunts the corridors. Hide or sing to survive, Boyfriend will have to do both without losing his cool. The lively rhythm of the music will help you keep your concentration! Rush will be the main opponent of this epic rap battle, but in the halls of the manor Screech will make a remarkable appearance!

You can download FNF Vs. Rush: A 1up Cartoon's Doors Song from the Original mod page.