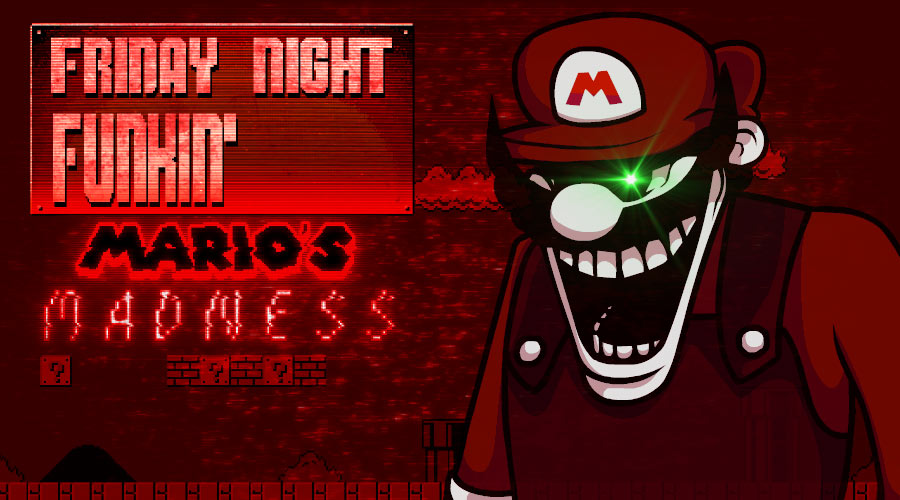 The world of Mario is not that wonderful and in the mod FNF Vs. Mario's Madness for Friday Night Funkin' you will be able to discover the characters of the famous video game on a differrent angle with the horror / creepypasta version. The whole story begins when Boyfriend and Girlfriend were playing a strange version of Super Mario Bros.: quietly sitting on their couch, the two lovers are suddenly grabbed by a strange hand that will capture and take them to an unknown world. It's here that Boyfriend will have to participate in his first two rap battles against a terrifying version of Mario on the music "It's a Me" and "Golden Land". If you manage to triumph you will obtain a flute which you will have to use in the main menu of the game (key B). It will give you access to a new world resembling a map of a Mario game including 4 other challenges. Boyfriend will play his survival on the music "I Hate You", "Alone", "Apparition" and "Power Down". If you complete these 4 songs, an high-speed surprise music is waiting for you in the freeplay menu!

Songs list: It's a Me - Golden Land - I Hate You - Alone - Apparition - Power Down - Race Traitors

You can download FNF Vs. Mario's Madness from the Original mod page.