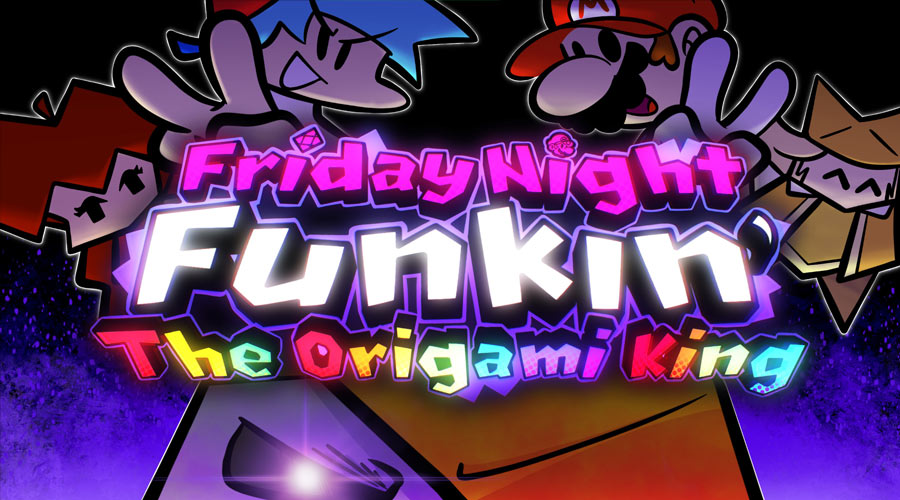 FNF Vs. Paper Mario: The Origami King is a mod for Friday Night Funkin' that will immerse you in a very long musical adventure in the universe of Mario accompanied by his friends. This version 2.0 offers a fully scripted story through 4 chapters. It's the day of the Origami Festival, Boyfriend and Girlfriend have been invited but something strange will happen to them on the way! In Chapter 1: Red Streamer they will meet Toad but also Goomba and Spiny. Boyfriend will have to be ruthless during the 3 rap battles. Chapter 2: Blue Streamer will begin after a short cable car trip. Our two friends arrive in Autumn Mountain in search of a local hero. In Chapter 3: Yellow Steamer Boyfriend and Girlfriend will continue their adventure in the heart of a deep mine, this exploration will lead them to sing on three other songs. Chapter 4: Purple Streamer will be the epic conclusion of a long journey, Boyfriend will have to face formidable opponents in music during 3 masterful songs. When you win a rap battle, you will collect golden coins left by your opponents, they will allow you to buy different surprise items in the store.
As a bonus in the Freeplay menu you can access 7 other songs for even more challenge!


You can download FNF Vs. Paper Mario : The Origami King from the Original mod page.