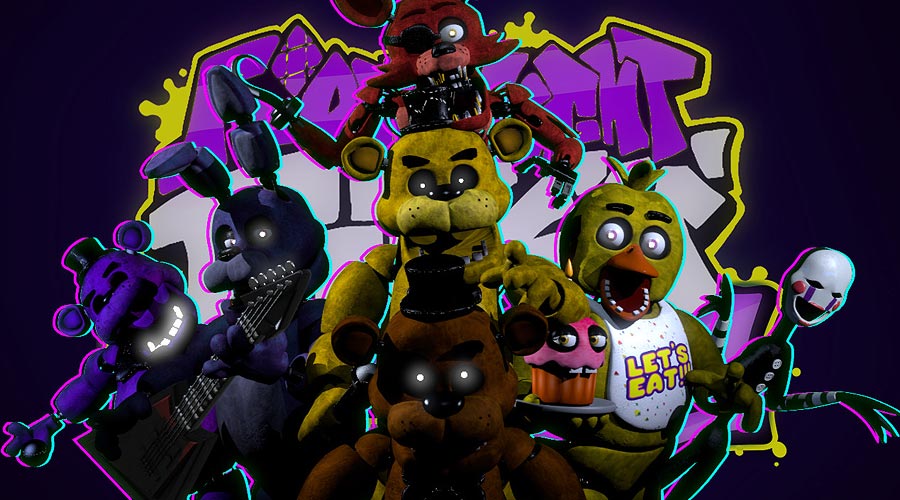 Leave your fears aside and take your courage in both hands because the mod FNF Vs. FNAF 1 (Freddy, Chica, Foxy, Bonnie) for Friday Night Funkin' will take you to a strange place guarded by the famous animatronics of the game Five Nights at Freddy's. Boyfriend and Girlfriend may not have had a good idea when they set off to explore Freddy Fazbear's pizzeria because the terrifying teddy bears will quickly provoke our two acolytes and challenge Boyfriend in an intense and frightening musical battle! FNF Vs. FNAF 1 offers you four complete weeks including three songs each, many animations to illustrate the story, a soda dispenser and no less than 9 bonus songs bringing the total to 21 musics. The challenge will be difficult for Boyfriend and defeating the 4 members of the crazy music group from Freddy Fazbear's pizzeria will require the greatest concentration...without being scared!

You can download FNF Vs. FNAF 1 (The full-ass Mod) from the Original mod page.