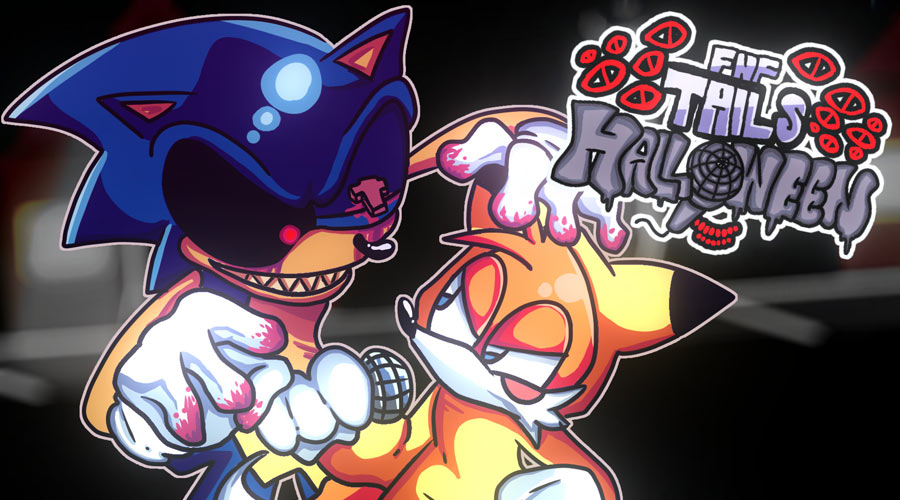 Who will succeed to beat the terrifying Sonic.exe? In the mod FNF Tail's Halloween for Friday Night Funkin' three iconic heroes from the Sonic game universe will have to sing against the corrupt blue hedgehog. Based on the original Tail's Halloween series, this mod features three rap battles in which you'll play as different characters. In the first duel Tails will face Sonic on the song "Timorous", the second rap battle will see Knuckles and Sonic clash off on the song "Minacious" and for the last challenge you will play the role of the Death Egg Robot (diabolical creation of Dr. Eggman) and will have to sing against Sonic on the song "Antagonize". Many cinematics and voice acting will illustrate the story.

Creator of the original series: BoomBusterBB

You can download FNF Tail's Halloween from the Original mod page.