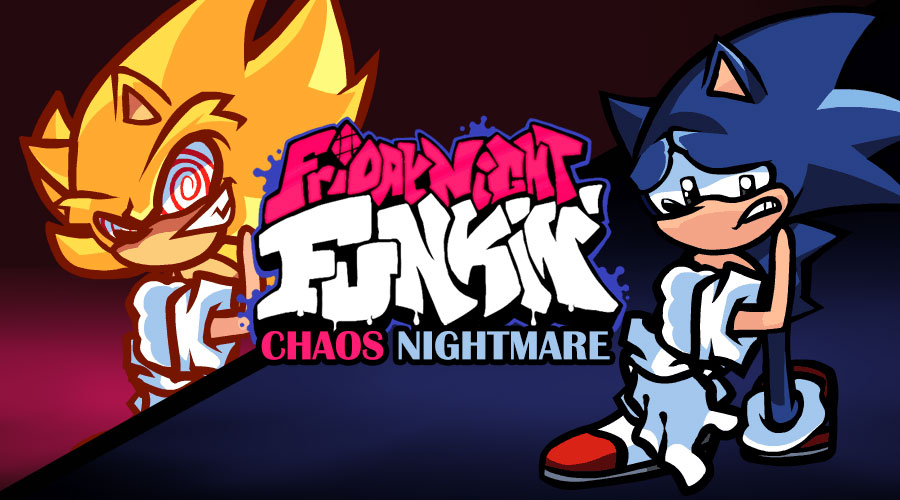 In the mod FNF Chaos Nightmare (Sonic Vs. Fleetway) for Friday Night Funkin' you will have to sing to prevent Sonic from going mad by letting his evil version (Fleetway, also know as Super Sonic) take control of his body and mind. For this you will have to take up a new musical challenge and sing while keeping the rhythm on the song "Phantasm". Sonic Fleetway has its origins in the comic strip, based on the video game, "Sonic the Comic", published by Sega Europe and Egmont Fleetway in 1993. Sonic often had to fight to keep under control this hyper-aggressive alter-ego, with a sadistic humor but also endowed with immense destructive powers. In the comics, Super Sonic takes pleasure in creating chaos around him, endangering innocent civilians and even trying to kill Sonic's friends! Can you also resist to the terrible powers of Fleetway?

You can download FNF Chaos Nightmare (Sonic Vs. Fleetway) from the Original mod page.