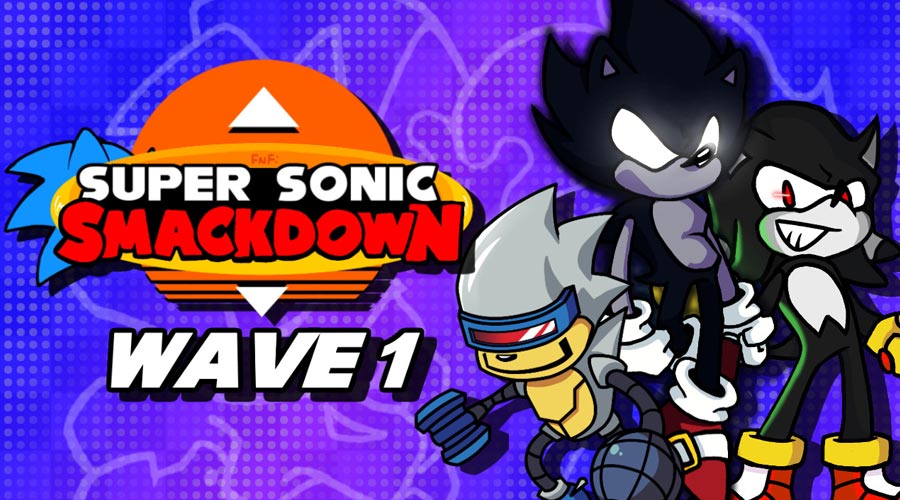 In the mod FNF Vs. Super Sonic Smackdown for Friday Night Funkin' you will have to face the alternate versions of the famous blue hedgehog in intense rap battles! During "Wave 1" week, three different versions of sonic will challenge Boyfriend in duel. In the first song "Sleek And Silver" your opponent will be the prototype Silver Sonic. Win the battle to access the second challenge against an even more strong opponent, Dark Sonic! You will have to face him on the song "Worked Up". To conclude this intense week, Boyfriend will have to win one last rap battle against the terrifying Terios The Hedgehog by singing on the song "Penumbra". In the Freeplay menu you can discover two bonus songs which will be an opportunity to meet other opponents. Sonic.EXE will challenge you on the song "Extrapolator" while Terios and Dark Sonic will battle on the song "Eclipse".

You can download FNF Vs. Super Sonic Smackdown from the Original mod page.