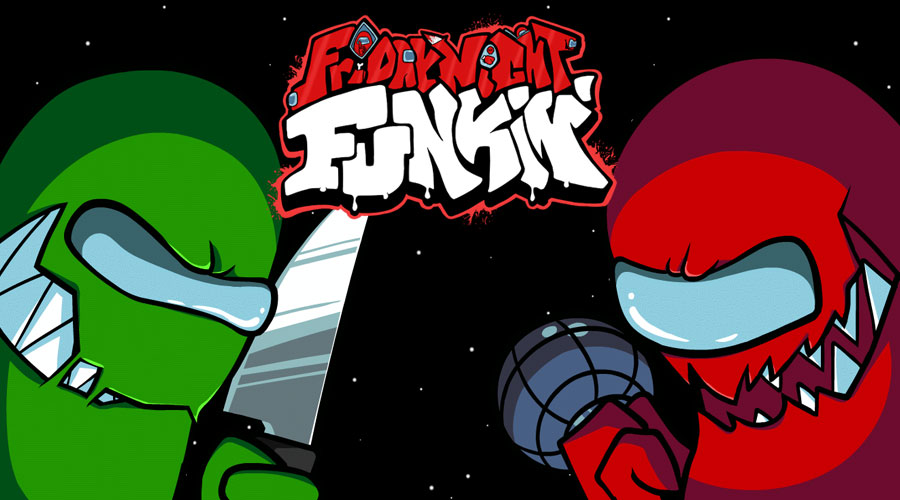 Friday Night Funkin' (FNF) Vs. Impostor is a mod in which you will face the famous character from the game Among Us. Impostor is the main antagonist whose role is to kill all the crew members and sabotage the ship. You will find yourself facing him and having to try to survive thanks to your singing skills. But he is a formidable opponent who will be focused on his goal! Try to unmask the impostor on three epic tracks, Sussus Moogus, Sabotage and Meltdown. As usual the mod offers three difficulty levels, will you be persistent enough to succeed in finishing it on hard?

FNF Vs Impostor V3: The Green Impostor is a major update that enriches the original mod with three new weeks and a bonus song. After having unmasked the first impostor you think you are finally at ease but suddenly you find yourself face to face with a strange green character. Arguing as hard as he can, with flowery language and a vocabulary of the richest insults, this fellow will fail to remain calm and will claim that he is not an impostor! But we don't do it to Boyfriend, he will have to face in duel Green Impostor on no less than 7 new songs to unmask him! This rap battle will prove to be epic, the rhythmic songs will require all of your concentration and skill to be completed. But it will be worth it, the story of Green Impostor holds surprises as well as one of the most difficult bonus song.

You can download FNF Vs. Impostor V3 from the Original mod page.