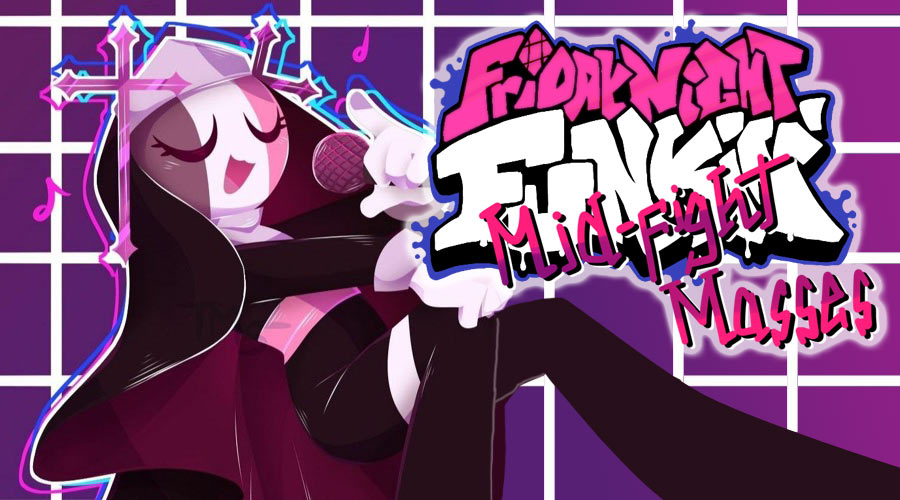 Take part in a weird midnight mass with the mod FNF Sarvente's Mid-Fight Masses for Friday Night Funkin'. While Boyfriend and Girlfriend were simply looking for a bathroom (to freshen up!), they opened a door leading to a church as beautiful as it was intriguing. They were greeted by a nun named Sarvente, who insisted with a smile and kindness that our couple remain to listen and sing the first song of the mass. But many bizarre things are happening in this church, Sarvente and his friend Ruv (a runaway criminal) will soon reveal their true intentions through 5 insane songs. Parish, Worship, Zavodila, Gospel and Casanova will immerse you in an astonishing and rhythmic universe for epic and difficult battles!

You can download FNF Sarvente's Mid-Fight Masses from the Original mod page.