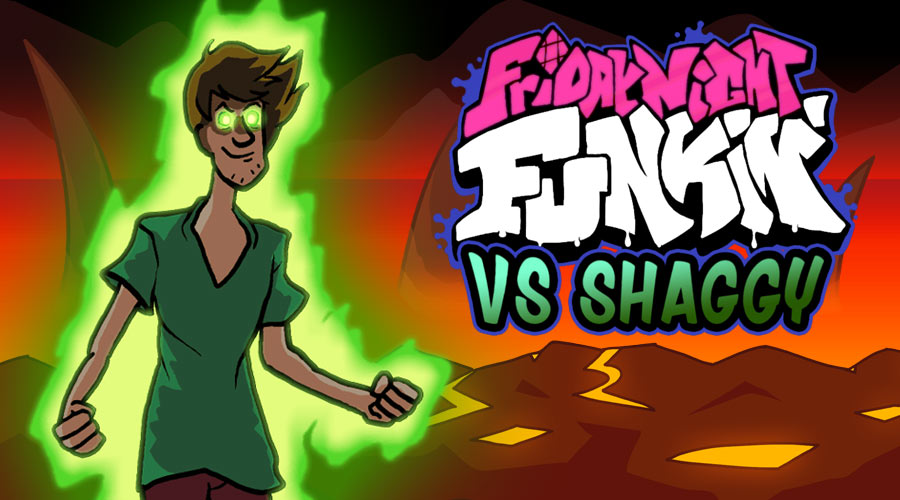 A battle Vs. Shaggy from the Scooby-doo series! Accept the challenges facing your new opponent in this mod for Friday Night Funkin' (FNF) featuring 7 new songs that you can discover over two weeks. While taking a walk in a mansion with Girlfriend you meet Shaggy who seems a little panicked because he has lost his dog Scooby-doo. But that's not what will prevent him from singing a few songs against you, according to his words he doesn't know much… Everything will pass in rhythm and cordially until Girlfriend commits an unfortunate gesture towards Scooby- doo, which will anger Shaggy. The mod offers an evolution of the gameplay of FNF, it's with 8 keys then 9 that you will have to follow the frantic rythm of your opponent on the songs Where Are You, Eruption, Kaio Ken, What's New, Blast, Super Saiyan, God Eater, Soothing Power, Thunderstorm, Disassembler, Astral Calamity and the secret song Talladega.

How to unlock the secret song in FNF Vs. Shaggy?
To discover the secret song of the mod you will need to collect the different pieces of a mask and give them to its owner. To do this, you will have to collect the objects that make up the mask when they appear on the screen during the songs. Be careful, because you have to click on it quickly.
Once a piece has been obtained, go to the "Story Mode" menu of the game and click on the scrambled tab that has appeared in order to return the piece to its owner.
All the pieces can be obtained in "BOTPLAY" mode in the game.