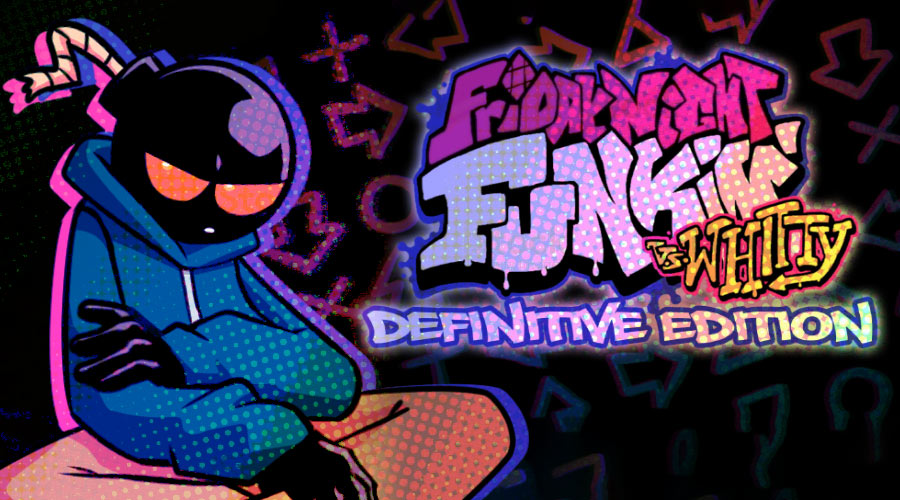 Challenge the man with the bomb head in Friday Night Funkin' (FNF) Vs. Whitty. In a dark alley Whitmore (aka Whitty), already upset because of an article about him in the local newspaper, was disturbed by a "beep bop skeedop" which offered him a battle on his favorite songs. Reluctantly the challenge was accepted anyway! It's up to you to play and try to beat Whitty on three new songs, Lo Fight, Overhead and the dreaded Ballistic! Will you be able to win the battle by missing as few notes as possible? Watch out for Whitty who will be dreadful when he transforms into a ballistic mod during the last song!

Vs. Whitty Definitive Edition : This definitive edition update completes the original mod with a new week in which Boyfriend will have to face off against Julian T. Whitmore in a rap battle on a city street corner. Julian T. Whitmore is the human version of Whitty, he will offer you a musical duel on the unreleased song Underground. But that's not all, two other songs await you in the freeplay menu, Low Rise (which is a remix of Lo Fight) and Hungry in which Whitmore will be angry against Boyfriend who is a waiter in a fast food restaurant! As a bonus you can play two unreleased remixes of "Balistic" and another remix of the song "Undeground". An ultimate surprise awaits you in the form of a secret song that must be discovered! Can you figure out how to get there?

You can download FNF Vs. Whitty from the Original mod page.