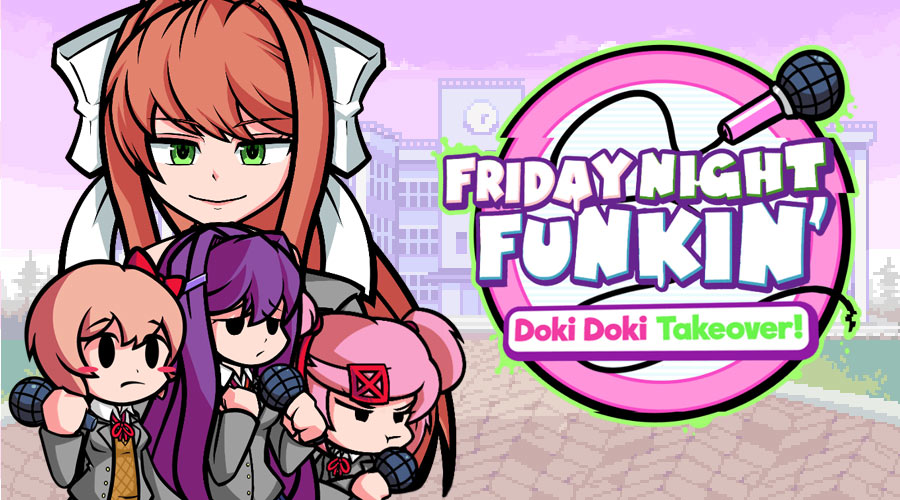 On a beautiful sunny afternoon, Boyfriend and Girlfriend met Monika, a talented young singer who quickly proposed a duel over a few songs. In this mod for Friday Night Funkin' (FNF) you will have to sing on 3 new songs, High School Conflict, Bara No Yume and Your Demise while keeping the rhythm in front of this strange young girl whose story you will quickly understand. Monika is one of the main characters and antagonist of the psychological horror game Doki Doki Literature Club.

Doki Doki Takeover Update! : After having freed themselves from the manipulation of Monika, Boyfriend and Girlfriend find themselves in Monika's own club while she's still missing. Here they will meet other members of the literature club, which will momentarily transform into a singing choir! Challenge Sayori, Natsuki and Yuri on more than 10 new songs! FNF Doki Doki Takeover is a major update featuring 15 songs, including remixes, and many cutscenes to explain the story and challenges of the musical battles you are going to play.

You can download FNF Doki Doki Takeover! from the Original mod page.