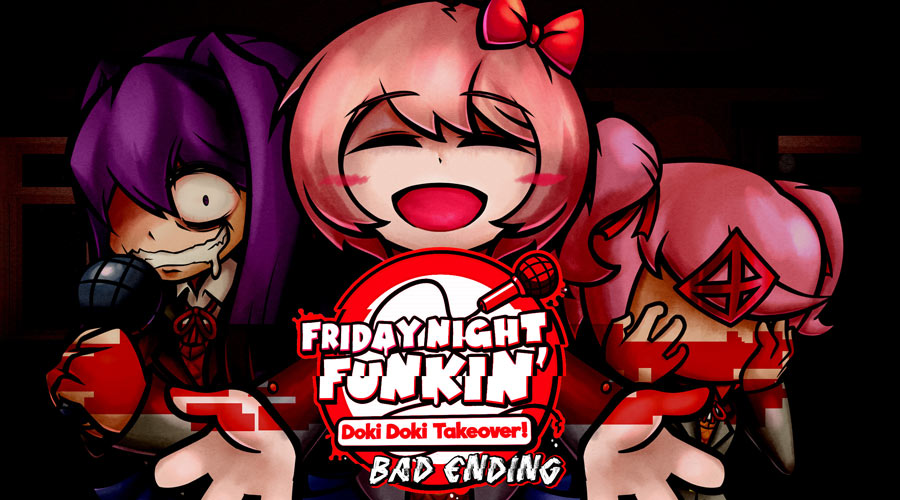 What if everything went wrong in the Literature Club? With FNF Doki Doki Takeover! - Bad Ending you will be able to discover in music an alternative end to the game. Monika cannot be found and in her absence her friends will all suffer from a strange illness that will haunt their minds. Will Boyfriend succeed in bringing the members of the Literature Club to their senses? The first rap battle will be against Sayori on the song "Stagnant", apparently in a good mood, the vice-president of the club will here convey her evil to Boyfriend and Girlfriend! The rest of the story will lead Boyfriend and Yuri to engage in a frightening rap battle on the song "Markov", the young girl suffers from a deep malaise and you can quickly feel her oppressive gaze. The song "Home" against Natsuki will be Boyfriend's final musical challenge. Will you manage to save Girlfriend in the middle of this ambient madness? Nothing less sure because Natsuki hides her many secrets as well!