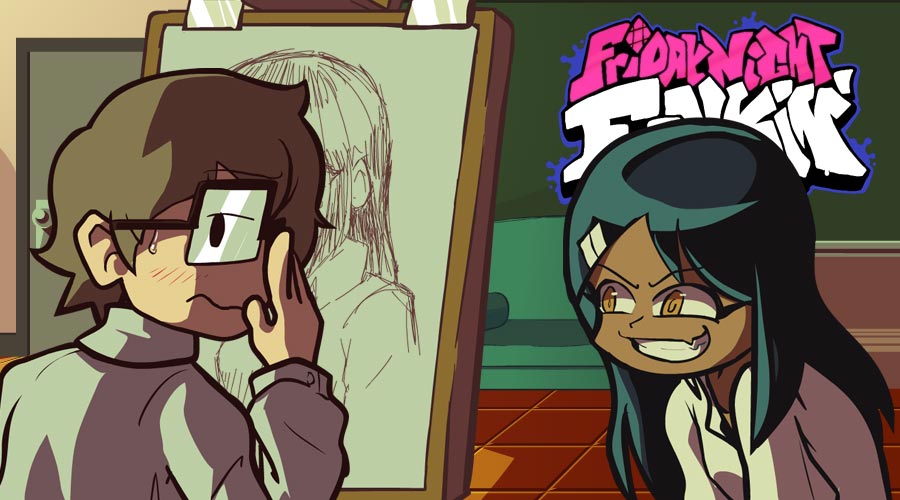 In FNF Unlabeled Anime (Funk! Miss Nagatoro) Vs. Hayase Nagatoro and Komi Can't Communicate, Boyfriend will face a new challenge against two well-known heroines in the manga universe. The first song "Silent Note" will delicately immerse you in the world of Komi Can't Communicate. Indeed Komi is looking for her words and can't sing, writing on a notebook the sentences she would like to pronounce. But under the encouragement of Tadano, Boyfriend and Osana, Komi may succeed in overcoming her difficulties!
The rest of the adventure will take place in the company of Hayase Nagatoro, the turbulent heroine who loves to annoy her school friend in the anime "Don't Toy With Me, Miss Nagatoro" will here challenge Boyfriend to music. Just because she's small doesn't mean you have to mess with her, and Boyfriend will find out the hard way during a funky rap battle in the school hallways. Compete against Senpai & Hayase Nagatoro and sing the song "Toyboy" with precision to impress all observers who have come to witness this improbable duel! Hoping Senpai's shoulders are strong enough to handle Nagatoro's hustle! The last song will make you share a privileged moment between Senpai and Nagatoro. The two acolytes will engage in a real rap battle while singing to the music "Suspai". Will Senpai be able to finish his drawing facing of Nagatoro's overflowing energy?

You can download FNF Unlabeled Anime Mod from the Original mod page.