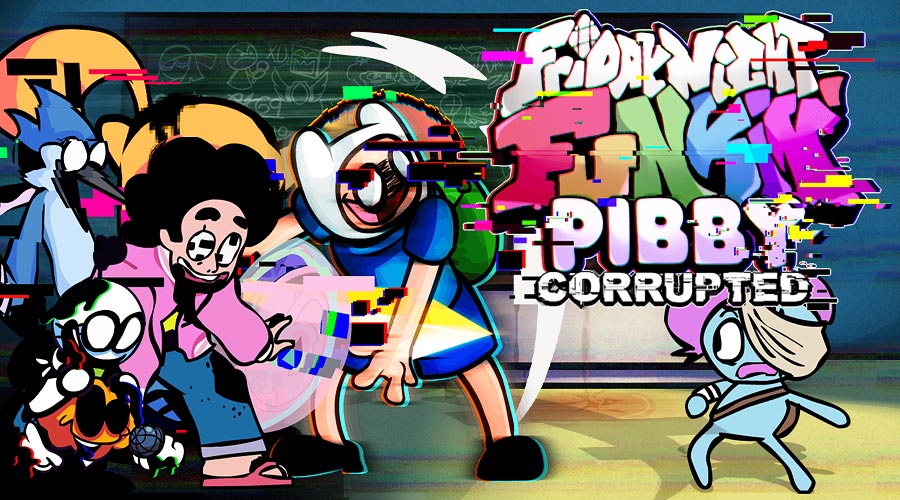 The mod FNF Pibby Corrupted for Friday Night Funkin' offers a huge content with a dozen rap battles against characters from many TV shows you know. The mod includes Pibby Corrupted Steven & Spinel and Pibby Corrupted Finn & Jake with songs remastered and some remixed. You will also be able to discover new songs against new opponents! Face Finn, Jake, Steven, Spinel, Princess Bubblegum and Mordecai in ruthless musical duels where mistakes will not forgive.
Story: The Glitch has arrived in the Friday Night Funkin' universe and almost all of the inhabitants have fled, but Girlfriend in a last moment of reason managed to use her powers to put a protective barrier around Boyfriend. But if he loses a single rap battle, the barrier which protects him and his friends will dissipate. They will then be the next victims of the Glitch which will transform them into corrupt puppets!
Songs: Save The Day - Glitched Gem - My Friends - The Change - Overworked - Last Spooktober - Gunshot - Blue Balled - Corrupted Hero - Brotherly Bond - Gummy Substance - No Hero - Lost Legend - Elastic Destruction - Glitched Duo - You Can't Save Them


You can download FNF Pibby Corrupted from the Original mod page.