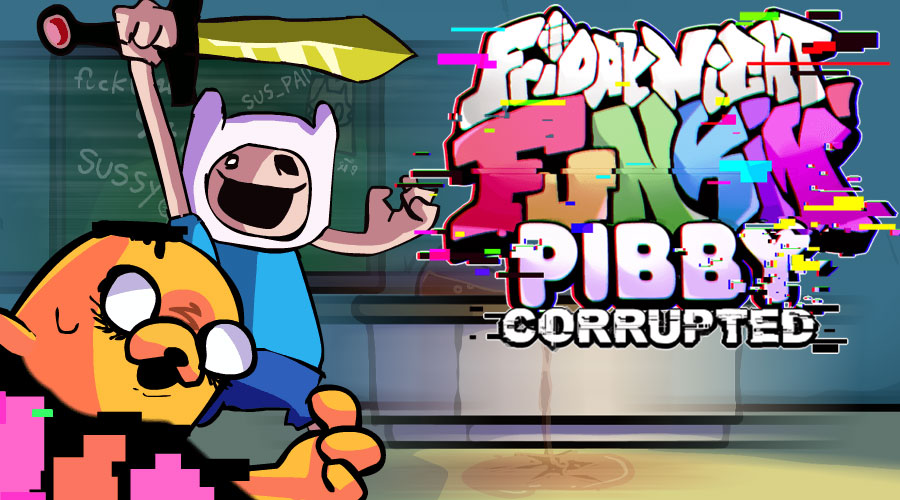 Challenge Finn and Jack in a rap battle with the mod FNF Vs. Pibby Corrupted Finn & Jake for Friday Night Funkin', an new High Effort Finn and Jake update now including two new songs. While Boyfriend, Pibby and the rest of the gang hid in the secret science lab, Pibby inadvertently caught Finn and Jack's attention! Boyfriend was going to have to sing again for his life in a dangerous, intense and very rhythmic rap battle. Finn and Jack are not in their usual state, they appear to be suffering from an unknown disease. You will quickly see it during the first song Corrupted Hero by challenging Finn to frenzied beats! If you manage to win the battle, Jack will join the fun in the second song Brotherly Bond. Beware of the many corrupted notes which will considerably interfere with your music sheet. If you are still alive after the first two trials, Finn will challenge you to a final battle on the song No Hero. Even faster and more dangerous, don't make mistakes if you want to win the duel!

You can download FNF Vs. Pibby (High Effort Finn and Jake) from the Original mod page.