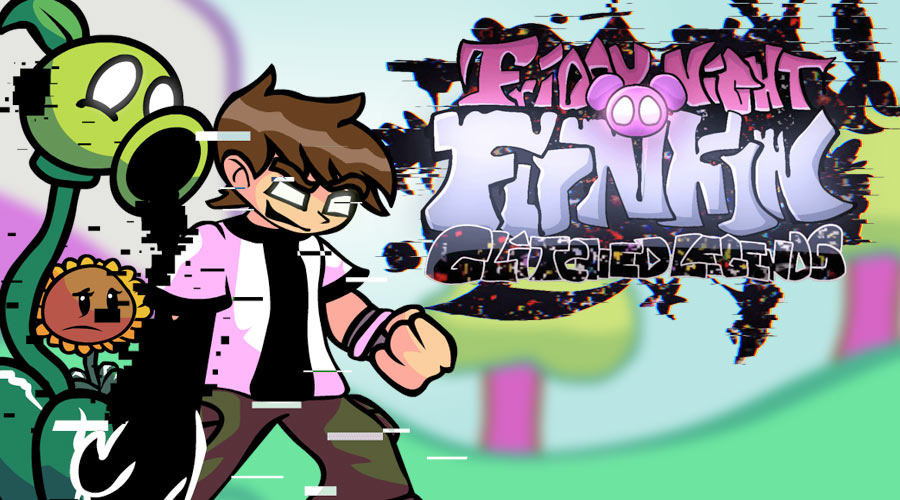 A new daunting challenge awaits Boyfriend and Girlfriend in FNF Vs. Pibby: Glitched Legends. Corruption continues to wreak havoc and this time again some legendary heroes are turning to the side of darkness. Week 0 will offer you a first rap battle, Boyfriend will face Pico corrupted on the song "Blammed Pibby". In Week 1, the evil version of Tom (Tom & Jerry) will mistake Boyfriend for a mouse and challenge him during two rap battles on the songs "Mouse Chase" and "Pratfallen". A Cartoon Network legend, Ben 10, is also tormented! During Week 2 he will challenge Boyfriend on the songs "It's Hero Time" and "Upgraded". The rest of the adventure promises to be even more eventful, indeed during Week 3 Boyfriend will have to sing against Vicky and Timmy (The Fairly OddParents!) on the songs "Wish Come True" and "Worth Wishing For" to deliver them from corruption. Hope will be reborn during Week 4, the first battle against Bill Cipher on the song "Otherworldly" will seem to have spared the hero of Gravity Falls from corruption. But during the next three battles the situation will deteriorate and Boyfriend will have to face corrupted Dipper and Mabel Pines as well as corrupted Bill Cipher on the songs "Glitched Falls", "Mystery Twins" and "Glitchmageddon". After all these emotions Boyfriend will have to win one last rap battle to accomplish his mission, it will be against Red (Angry Birds) who will be allied with Peashooter (Plants Vs. Zombies) to perform the song "Birds and Botany".

You can download FNF Vs. Glitched Legends from the Original mod page.