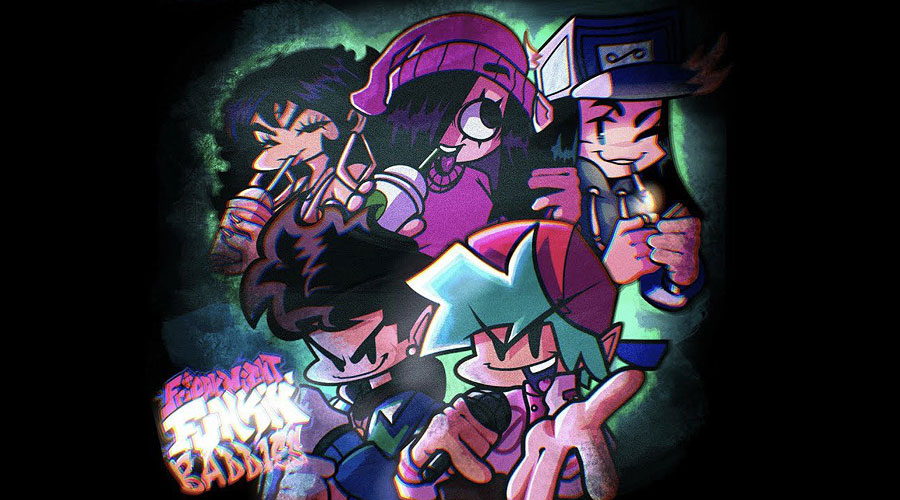 The mod FNF Baddies for Friday Night Funkin' is a return to the roots of the original game spirit and will let you discover in song a complex story with many characters. Accompany Boyfriend on a crazy adventure over three breathtaking weeks in which he will have to participate in many rap battles against characters as terrifying as they are touching. In the first week Stalker, you will have to sing against Stephanie, a somewhat extreme groupie who will have a hard time controlling her admiration for Boyfriend! Will you be able to make her come to his senses during the songs "Encounter", "Insane", "Uhoh" and "Drift"? The second week will be rhythmic and groovy, Boyfriend's opponent will be Cassette Girl, she will want to sing and have fun on the songs "Kagayaku Kassetto" and "Donnie Soft" but something will go wrong in the last epic rap battle on "Malfunction"! In the last week a new fan will want to sing against you, Jasmine will challenge you on "Foreplay", "Aye Papi" and "Xes". The sassy Jasmine will try to change the speed of the notes, don't get distracted by this ploy and keep up the pace to win your battles.

Warning: The mod offers a scenario and cutscenes that are not recommended for the youngest, FNF Baddies is intended for a mature and informed audience.