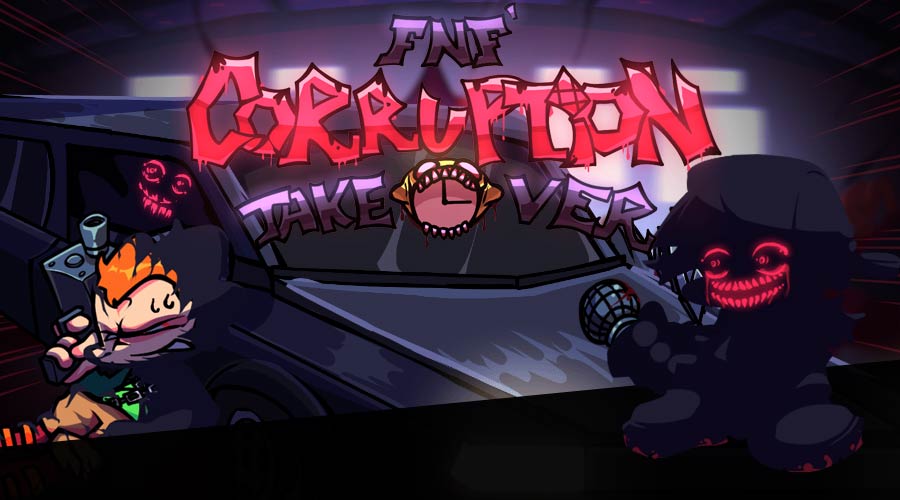 An atmosphere of apocalypse and corruption still strikes the world of Friday Night Funkin'! In the mod FNF Corruption Takeover, Boyfriend and Girlfriend didn't survive and were infected with Corruption. It all begins during a first rap battle against Lemon Monster, the song "Frosbite" will gradually transform our famous hero into a creature suffering from a strange disease. It's then that Pico, Nene and Skid will want to "help" Boyfriend and put an end to this evil through music. A series of rap battles will then begin during the first week comprising three songs. The first challenge will oppose Pico (accompanied by Nene and Skid) against Boyfriend on the song "Loaded". In addition to the sustained rhythm of the music, you will have to dodge the bullets from Pico's gun! Hope will be reborn during the second song "Unable", the corruption will seem to disappear from Boyfriend as the song progresses. But unfortunately the evil is much more powerful and it's during the last rap battle on "One Shot" that the story will end, for better or for worse!

You can download FNF Corruption Takeover from the Original mod page.