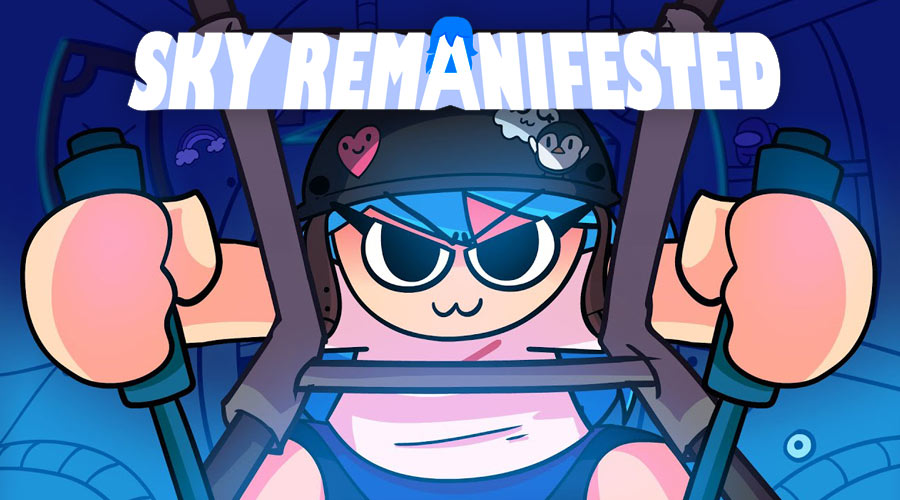 On the occasion of the one year anniversary of FNF Vs. Sky, the Remanifested mod gives you a whole new experience with many new songs, remixes, new sprites and cutscenes to illustrate the story. Week S offers you three songs already present in the original mod, Wife-Forever, Sky and Manifest but with a big surprise! Be sure to play both difficulties, Hard and High, as they are entirely different weeks. Indeed in "High" difficulty Boyfriend will face Sky on remixes of the three songs thus offering an increased challenge. But that's not all, in the Freeplay menu no less than 7 bonus songs await you! The occasion to discover original rap battles with many characters. For example, you will have the opportunity to see Girlfriend take the microphone to sing, during another song it's two versions of sky which will compete (skyblue and bbsky), shortly after you will have to sing to flee Mario and he even the character of bbpanzu himself could join one of the rap battles!

You can download FNF Vs. Sky Remanifested from the Original mod page.