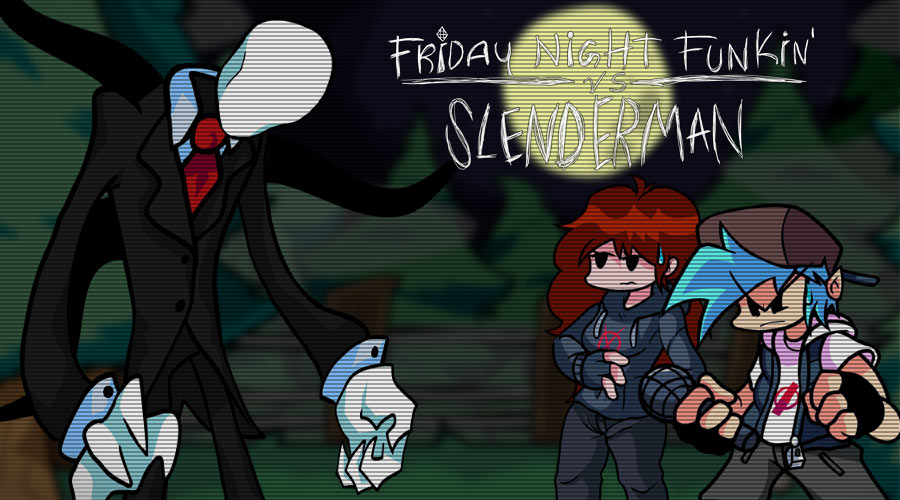 Challenge the internet's most horrifying ghost man in FNF Vs. Slenderman, a spooky and chaotic Friday Night Funkin' mod! The fictional character, creation of Victoir Surge, comes to life to become Boyfriend's opponent over the course of a week comprising three insane songs in which you will have to try to keep the rhythm and compose every note without being impressed by Slenderman who will try to drive you crazy. As in the game Slenderman Must Die: Silent Streets your opponent of the day will do everything to scare you, by performing large gestures, scrambling the screen and singing in a sustained and very threatening manner. But despite a little drop of sweat on your forehead, your beep boops will be able to defeat him! However the challenge will be difficult because the four songs Thanatophobia, Static, Haphephobia and Engage will be very rhythmic and you will have to compose the notes with high speed to miss as few as possible and take the advantage over Slenderman.

FNF Vs. Slenderman Remastered Full Week: This update is the full version of the mod. All the music has been remastered for a much better rendering, some animations have been reworked and Boyfriend and Girlfriend have a new look thanks to new models and new sprites.

You can download FNF Vs. Slenderman from the Original mod page.