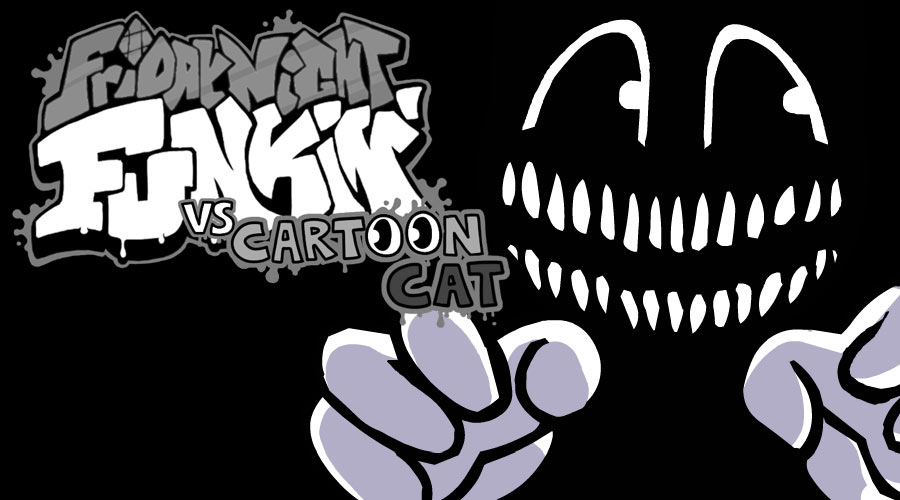 The legend was true, Cartoon Cat does exist and you will have to face him in a rap battle in FNF Vs. Cartoon Cat; a mod for Friday Night Funkin'. With his big round eyes, crooked teeth and stretchy limbs, Cartoon Cat made it his business to challenge BoyFriend! The mod features a week with two songs, Trapped Mouse and Reruns. During the first music, the dancing rhythms will allow you to get to know your opponent of the day while warming up Boyfriend's vocal cords and your fingers on the keyboard. But a great danger threatens our couple, before the second music Cartoon Cat will reveal his true machiavellian project! The stakes will be much more complex than a simple rap battle, it's up to you to discover the story thanks to the many animated scenes and dialogues.
FNF Vs. Cartoon Cat is inspired by the cryptid, urban legend, created by Canadian artist Trevor Henderson. The strange creature made its appearance in August 2018 and since many stories have been told about the terrifying black cat! The artist is also at the origin of the creature Siren Head.

You can download FNF Vs. Cartoon Cat from the Original mod page.