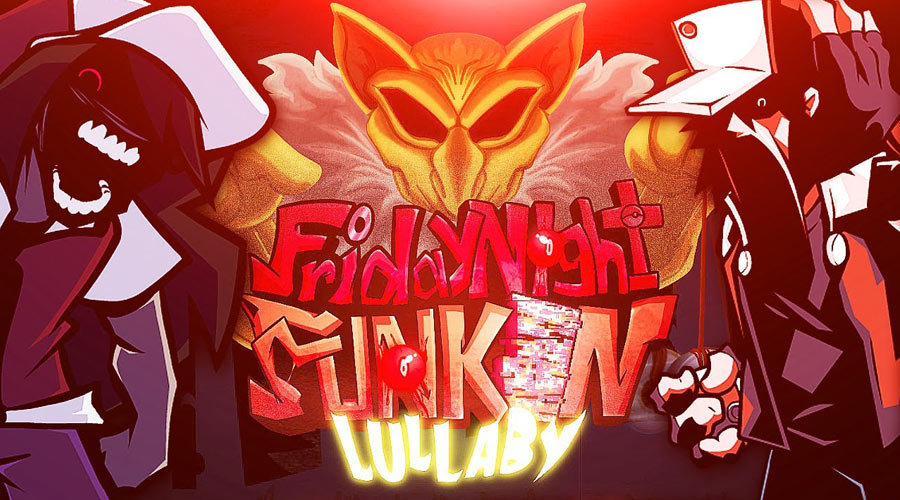 FNF Vs. Hypno's Lullaby is a mod for Friday Night Funkin' in which this time Girlfriend will have to sing against a dark and terrifying version of Hypno, a Psy pokemon of the first generation. Boyfriend has disappeared and Girfrliend decides to go out herself to find him, that's where she meets Hypno who asks to follow him in the forest where he apparently saw Boyfriend ... Obviously it's a trap and to escape Girlfriend will have to sing on a very difficult rap battle. Developed by Banbuds (Tricky 2.0), FNF Hypno's Lullaby is a tribute to the famous creepypasta Hypno's Lullaby created by TrainerDerek. In the story mode you can follow Girlfriend's adventures on three new songs offering original game mechanics that will require some adaptation and a lot of training! There is also a fourth secret song that will need to be unlocked.

You can download FNF Vs. Hypno's Lullaby from the Original mod page.

- Safety Lullaby and Left Unchecked: The pendulum makes his appearance, Hypno will carry it in his hand during Safety Lullaby and it will be in the center of the screen during Left Unchecked. The pendulum swings from left to right, press space in rhythm each time it crosses the center line.
- Monochrome: In addition to keeping the rhythm of the music with the arrows, at some point in the song you will have to write a word with your keyboard by deciphering the symbols that appear on the screen. You can find the meaning of the symbols here.
- Missingno: This is the 4th hidden song. To unlock it you have to navigate quickly up and down in the main menu until you hear a particular sound. This unlocks your mouse cursor, you must then click on the 0 (zero) of "Hypno's Lullaby v1.0" at the bottom left of the main menu screen to access the song.