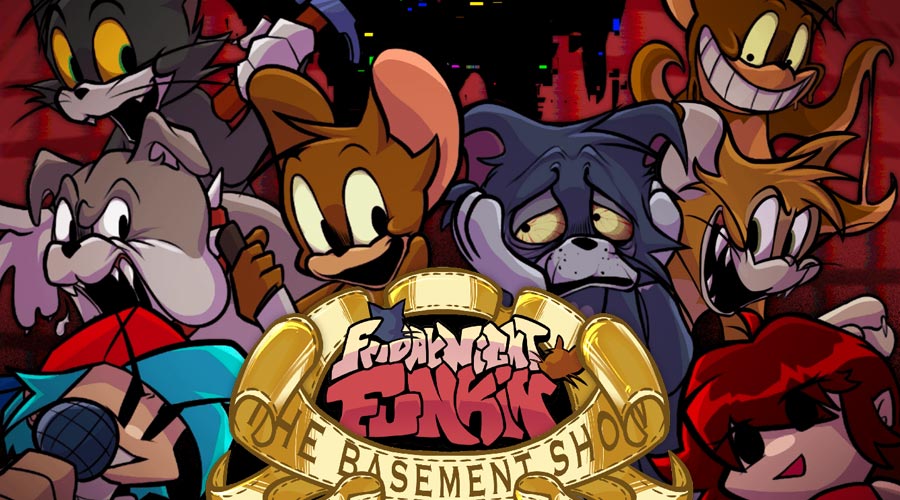 The mod FNF: The Basement Show is inspired by the famous creepypasta Tom's Basement in which Jerry, in love with madness, commits abominable things in the cellar of the family house. Boyfriend and Girlfriend plan to buy a house and they meet Jerry who insists on showing them his. But our two acolytes arrive in the basement of the house and discover Tom's body! You finally know the truth about Jerry but this one doesn't intend to let you leave the house alive! Boyfriend will have to sing for his life and that of Girlfriend during a week full of tension and fear. Secret of Nobody will offer you three rap battles on the songs House For Sale, Vanishing and Sirokou. Boyfriend will have to keep all his concentration to defeat Jerry, especially when unpredictable events will disrupt the progress of the battles. As a bonus in the Freeplay menu a 4th song is available, Meme Mania.

The Basement Show 1.5: This update adds 3 new songs to the Freeplay menu plus a fourth bonus. Challenge Jerry in alien form on "Invade", sing against Tuffy on "Come For Revenge", keep the beat on the song "Kaboom" (vs. Demo Tom). The music "HFS Old" is the first original version of "House For Sale".

You can download FNF The Basement Show from the Original mod page.