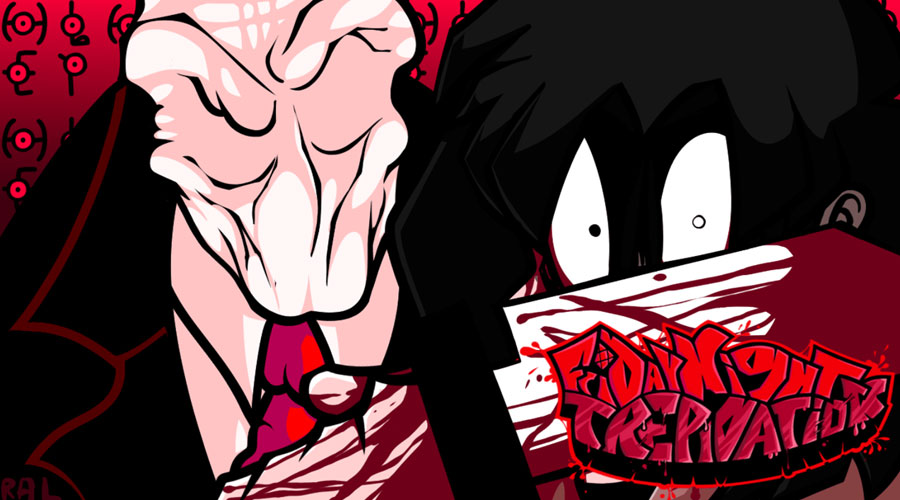 FNF Trepidation is a horror mod for Friday Night Funkin' in which Boyfriend will have to face several creepypasta heroes over the course of 4 scary weeks! Week one opponent will be Jeff The Killer. The psychopathic teenager, hero of several Creepypasta bearing his name, will challenge Boyfriend on the songs Sdamos, Sleeping Tragedies, Endless Sleep and Endless Nightmare. If you're not scared yet, the second week will offer you to participate in rap battles against Slenderman. The slender man dressed in black created by Victor Surge will challenge you on the songs Tall Figure, Slender and Sight. During the third week, Boyfriend and Girlfriend are transported in a strange pokemon game. After a short walk on the game map, they will quickly meet an opponent who will ask them for rap battles. Take on Gold (a renowned Pokémon trainer) on the songs Champion Battle, Uncertain Demise, Lost Soul, and Beyond Death. For his ultimate rap battle Boyfriend will have to face a mysterious and terrifying hero on the song Ever Dream This Guy.
In the freeplay menu you can also play other bonus rap battles against opponents just as strange as the previous ones. Find out who you'll challenge to the songs Trespasser, No Hed Red and Lullaby.

You can download FNF Trepidation from the Original mod page.