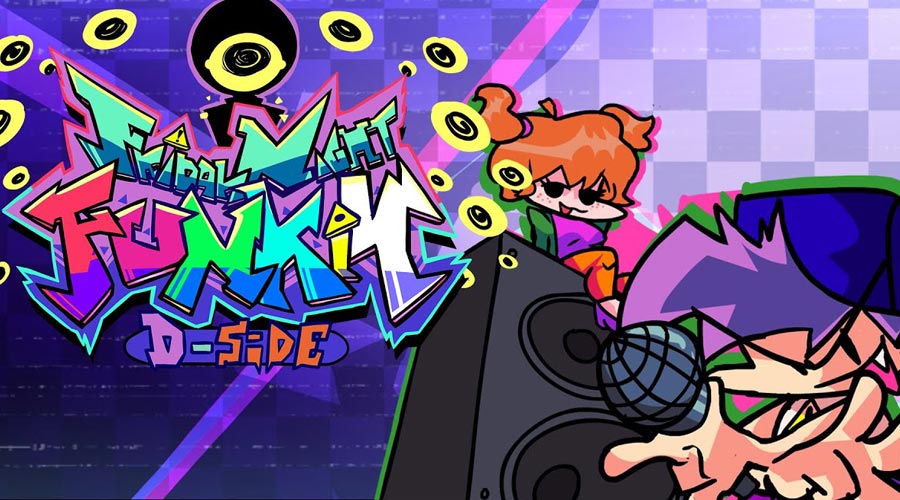 Get ready to sing along to some super cool remixes in the mod Friday Night Funkin' D-Sides and its full two weeks including tutorial and 6 remixed songs, plus one unreleased song in week 2. FNF D-Sides also features new character design, new backgrounds, game mechanics from other mods such as FNF: HD as well as restyled menus and icons. Take up new challenges alongside Boyfriend who will have to show all his singing talents more than ever in rhythmic and intense musical battles. Will you be able to sing well enough to beat your opponents and once again seduce Girlfriend who will always be a devout spectator sitting on the loudspeaker.

Update 2.5: Weeks 3 and 4 are now playable with all 7 songs carefully remixed. The characters are also redesigned and benefit from new animations. A new week has been added, week 5 features three new songs, Green Eggs, Ham and Feaster.

Update 2.7: God Feast offers many new features. On the occasion of a musical Thanksgiving meal, the characters of Sonic the Hedgehog.exe gathered at table to sing. Other epic rap battles await you against Majin Sonic and Tenma, Mighty.Zip and Sonic.exe, Sunk and Sunky but also Godz and Lord X.

You can download FNF D-Sides on the Original mod page.