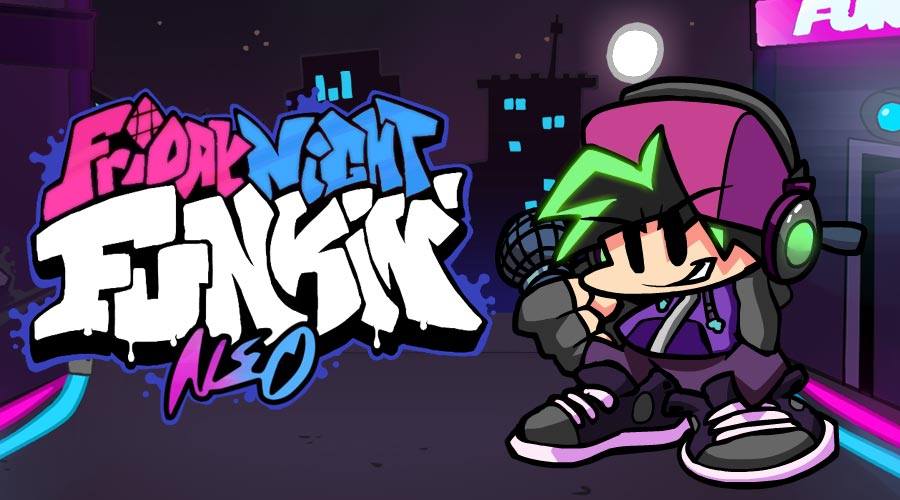 The mod FNF Neo for Friday Night Funkin' was created by JellyFishedm which aimed to rework the entire aesthetic of the game including logos, songs and graphics in general. The whole mod takes on a futuristic neon look, with the characters themselves reflecting this change with bright neon colors and cute accessories! You will be able to replay the first 6 weeks of the base game and all their songs in a new style and with remixed music.

Friday Night Funkin' Neo 3.0 is a major update for the mod that brings an almost complete overhaul of all songs with artistically reworked characters and backgrounds, adding lots of dialogue for each of your opponents as well as 3 new songs in which you will face a mysterious monster.

You can download FNF Neo from the Original mod page.