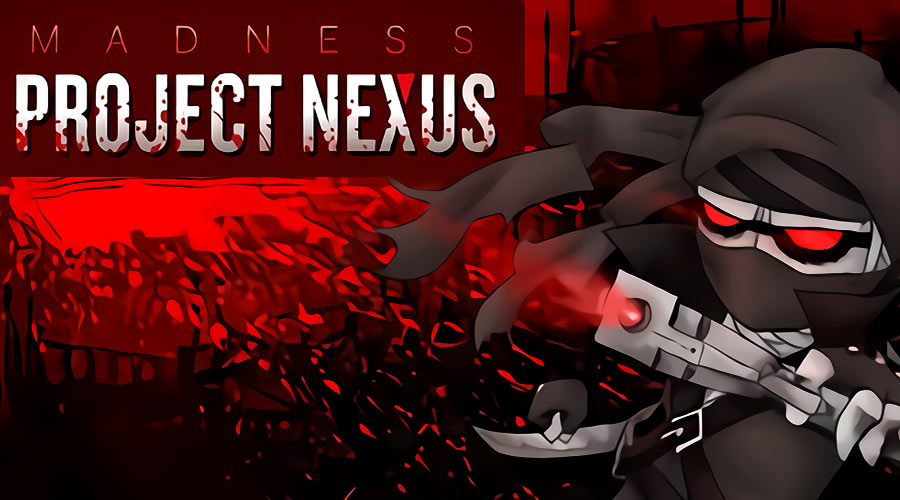 Hank, the most badass special agent is called for a new perilous mission, accompany him in the game Madness: Project Nexus. Somewhere in Nevada, Hank was commissioned to save a bunch of noobs who got captured and jailed! Armed with his bazooka and his pistol, he will make a sensational entry into the base of his enemies. Eliminate all resistance and seek your companions to save them. Hank will be able to pick up his opponents' weapons, hide behind objects to dodge shots and use his bullet time skill when needed against a lot of enemies. The adventure will continue with your companions, you will be able to compose your team according to each mission and the skills of the other characters. Deimos, Samford, and the others each have a different weapon specialty and playstyle. In the arena mode you will have to face waves of enemies and survive as long as possible. You will start without weapons but you can equip yourself at the armory after each wave. If you reach level 30 in the arena you will be able to unlock Zombie mode!

A new project has been developed from the Madness team, you can buy Madness: Project Nexus 2 on steam.