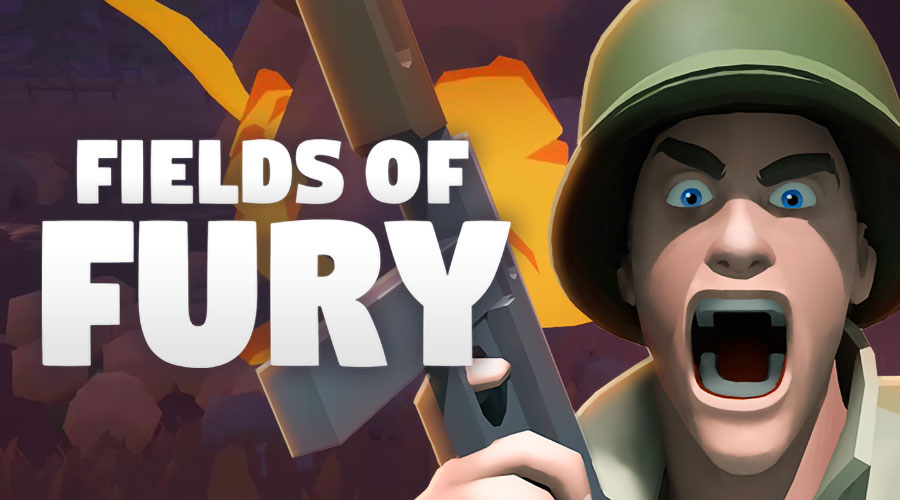 Fields of Fury is a multiplayer shooter in which the Axis and the Allies wage a ruthless war on a battlefield in capture-the-flag mode. Each side will have to try to capture the opposing team's flag and bring it back to its base to score points. You will also have to defend your flag to prevent an enemy player from seizing it. On the map you can find very useful health kits to stay alive a bit longer as well as a sniper rifle that will allow you to defend your base against enemies at long distance. In game, use the mini-map to locate opposing players. Three character classes are available, Rifleman, Trenchgunner and Machinegunner, they will each wield a different weapon and will all have a knife, grenades and a handgun in their equipement. Choose the class that suits you best and enter the battlefield, ready to do battle with your enemies!