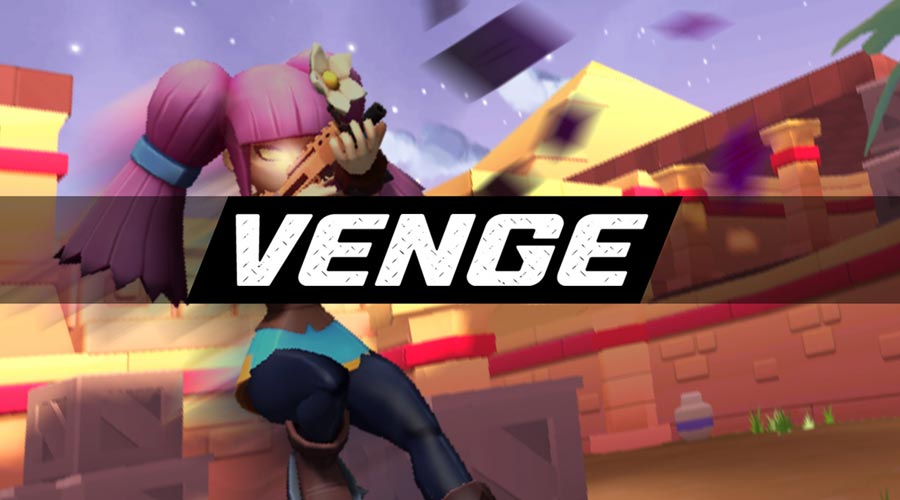 Venge.io is a multiplayer shooter based on objectives that must be complet during the games to achieve victory. Up to four players can compete on two different maps, Sierra and Xibalba and the goal is to capture a point to gain points and increase your score. Defend yourself against other players with your weapons, there are four available, Scar, Shotgun, Sniper and Tec-9 and try to survive as long as possible to dominate the game. You can also launch grenades and unlock special skills that will be obtained with the experience gained during your game.

What are the different maps and game modes in Venge.io?

- SIERRA and XIBALA : They are the two capture the point maps in the game. Every 30 seconds an objective will appear randomly on the map and you will have to stand above to gain points but also experience which will allow you to unlock special skills. Eliminating opponents will also allow you to score points.
- MISTLE: This is a team escort map in which the objective will be to move a wagon on rails to the end point. The two teams will fight to move the wagon to one side or the other.
- TUNDRA: This map features a Deathmatch mode. The objective will be to kill as many enemies as possible and gain ranks. Each rank unlocks a weapon, Tec9 at rank 1, shotgun at rank 2, Scar at rank 3 and Sniper at rank 4.

What are the special skills (cards) in Venge.io?

When you gain experience, either by being on an objective or by killing opponents, you will have the opportunity to unlock special skills.

- Midnight Curse: Temporarily blinds enemies, enveloping them for 10 seconds in a fog that will disrupt their vision.
- Frost Bomb: Freezes enemies in the impact zone for two seconds, so they can no longer move or shoot, making them vulnerable.
- Muscle Shock: Sends an electric shock on an opponent which paralyzes him and will make his movements jerky and incoherent for a few moments.
- Venom: Poisons and slows down. The poison will deal damage over time and make your enemies' movements much slower.