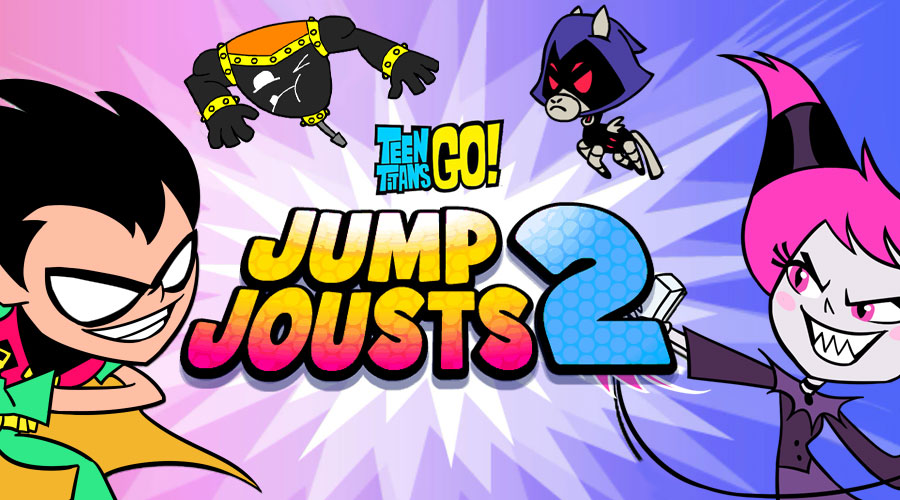 The heroes of Teen Titans Go! meet again in Jump Jousts 2 for epic clashes in which they will have to fight using their special powers. Fight your opponents by combining jumps and attack techniques, dodge the blows of your enemies and unleash your ultimate attack at the best moment when it's charged. The first player to win two rounds wins the fight. The base cast features 10 playable heroes, Robin, Starfire, Raven, Cyborg, Beast Boy, Gizmo, Jinx, Mammoth, Pain-Bot, Terra. Win a series of 5 fights with one of them to discover other characters, there are 10 in all to unlock. Jump Jousts 2 can be played alone against the AI or you can challenge a friend by playing two on the same computer in intense and often funny fights.