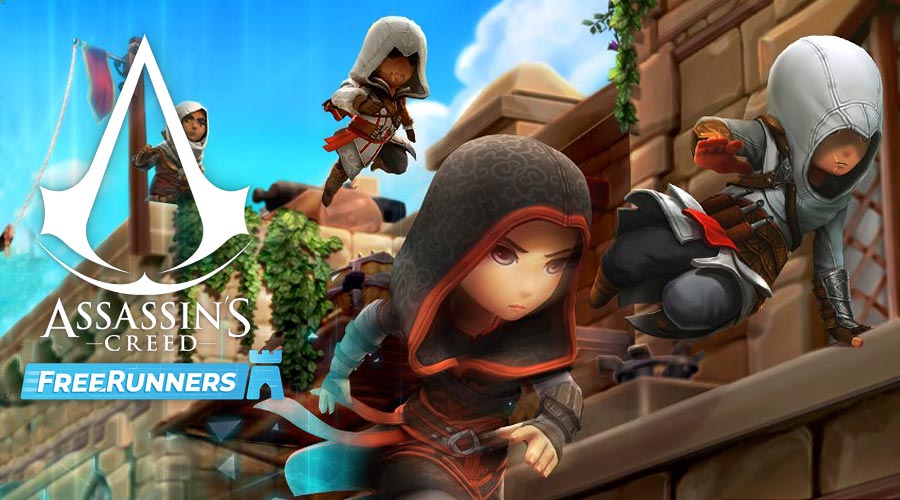 Assassin's Creed FreeRunners is the official multiplayer platform game of the famous Ubisoft title. Take part in an ultimate freerun event and face off against 7 other players in the Animus. Run on the roofs, climb the walls and avoid the deadly traps that will be placed on the course. Try to reach the extraction point at the end of the level as quickly as possible, your concentration will have to be at its maximum if you want to finish first and beat the other players in the game! Your ranking at the end of each race will be recorded and will award you points which will determine your place in the overall leaderboard. During your various adventures you will collect gold and be able to summon legendary characters from the entire Assassin's Creed series.