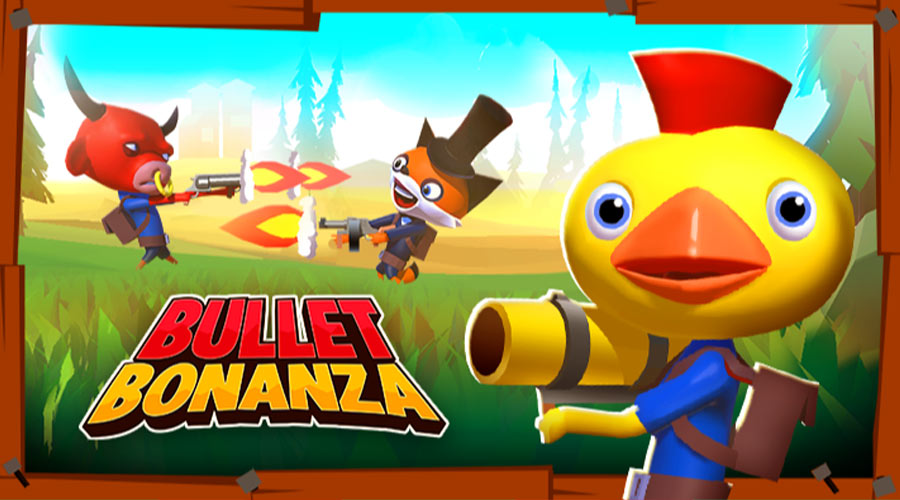 Bullet Bonanza is a 3D multiplayer shooting game in which you can participate in ruthless battles against ten opponents on the map. Your basic weapons will be two pistols with infinite ammunition which will do moderate damage but by exploring the map you can quickly discover the locations of other more powerful weapons. Machine gun and rocket launcher will be devastating against other players, be precise in your shots to eliminate as many opponents as possible and try to stay alive as long as possible to take the lead in your game. Bullet Bonanza features cartoon-style graphics and dynamic gameplay that will lead to intense clashes. Before entering the battlefield you will be able to choose your avatar among the three basic ones plus a fourth which will change every day.