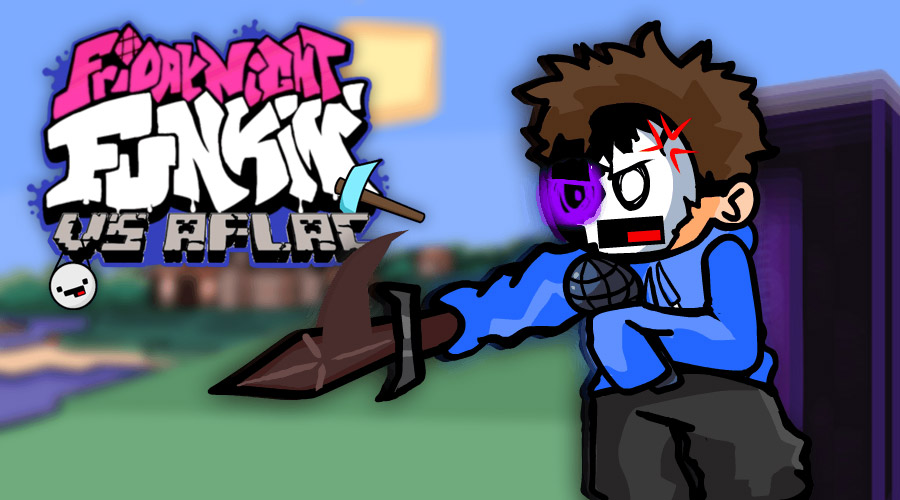 Take on new singing challenges with FNF Vs. Aflac Remastered, a mod for Friday Night Funkin' in which you will face the famous minecraft player Aflac but also Dave the character of Dave's Fun Algebra Class! Arrived by mistake on Aflac's Minecraft server, Boyfriend and Girlfriend will have to prove their worth during a week of 3 songs. The presentations will be done calmly in the song Loaf, the duel will then be increased in difficulty. Blazeborn and The End will ask you for unwavering concentration as their frenetic pace will give you no respite.
Aflac will seek revenge during "Rematch" week including two unreleased songs. Chorus will be a challenge but the week will end in a more relaxed way with the song Pillar in which Boyfriend and Aflac will greet each other while singing. And what is this cat present in each song?
The final week which will pit you against Dave in a surprising duel! Face him on 3 memorable songs, Chaos, Crisis and Destruction. In the purest spirit of Friday Night Funkin', Dave will do anything to destabilize you, in particular using insulting gestures, very often! Don't take it personally and show him that you are the best singer! In Freeplay menu, you will be able to play two more unreleased songs, Trance and Copy Cat.

You can download FNF Vs. Aflac Remastered from the Original mod page.