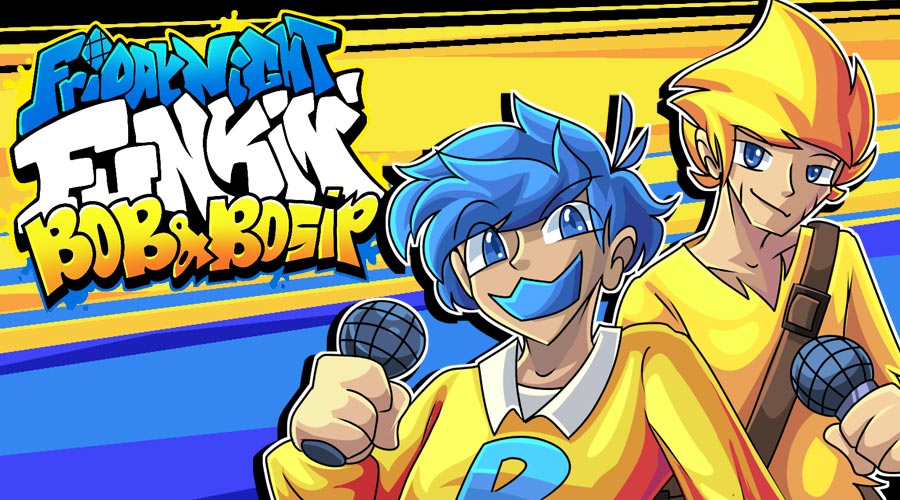 Boyfriend is going to have to do a rap battle in FNF Vs. Bob and Bosip, a mod for Friday Night Funkin'. The two friends Bob and Bosip just wanted to play Minecraft together but however, upon entering the game, they soon realize that they are in another game not familiar with. They will learn from a friend that they are actually in a game called Friday Night Funkin' and to get out of there they will have to meet a couple named Boyfriend and Girlfriend and face one of them in a rap battle. Bob will be the first to challenge you on the song "Jump-in" then Bosip will take over by singing "Swing". The last song "Split" will be sung by a different character. The mod features a full story illustrated with quality cutscenes and plenty of fully voiced dialogues.

FNF Vs Bob and Bosip: The Expansion Update is a major update for the mod. It adds 2 new weeks and 7 new songs which will be presented in two fully voiced stories. During the first week called In The Background you will have the opportunity to face 4 different opponents Blu, Mini, Jghost and Cerberus, all determined to prove their worth in songs against the star Boyfriend.
During the week Bob Takeover you can play the role of Bob and Bosip who will have to sing against a strange character also called bob and then play with Boyfriend who will have to deliver a musical battle against Ron, another emblematic character.