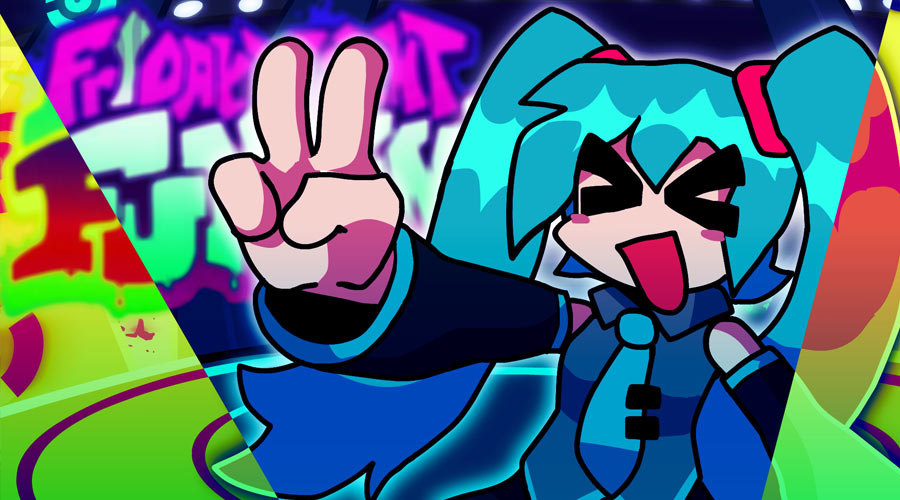 Try to impress your famous sister on stage in front of thousands of people in FNF Hatsune Miku, a mod for Friday Night Funkin'. Your sister who is a famous and popular singer absolutely wanted to meet your girlfriend, but it's on stage that they will get to know each other and you will have to prove yourself in song in front of an excited audience come to attend an exceptional concert! Take up the challenge on 4 new songs, Popipo, Aishite, Siu and Disappearance while keeping the rhythm imposed by Miku. Hatsune is presented in the game as your sister, but originally it was an avatar who became famous and spoke thanks to Vocaloid, a text-to-speech software developed by Yamaha in 2003.

You can download FNF Vs. Hatsune Miku from the Original mod page.