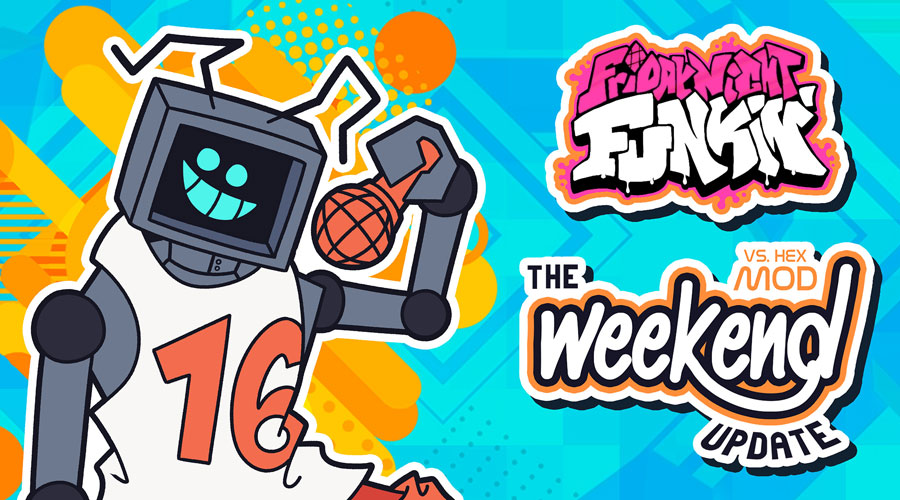 Battle against a mysterious robot in the mod FNF Vs. Hex for Friday Night Funkin'. Hex is a robot originally created by a wealthy lone entrepreneur to provide him company. On the death of this last Hex found himself abandoned, he had become obsolete and suffered from a hidden ailment that was eating him away. But Hex had inherited all the fortune of its creator and was now trying to continue his life by wanting to meet as many people as possible to make friends. He joined the city's basketball team and it was near the stadium that he met Boyfriend and Girlfriend who were spending some time together. Thus began an epic rap battle on 4 songs plus a 5th bonus. Dunk, Ram, Hello World, Glitcher and Encore will invite you to discover in music and rhythm the intriguing story of the Hex robot.

The Weekend Update : This update adds a new week (or rather a weekend) including 5 new songs with the Hex robot as the main hero. Discover the new adventure and sing along with Boyfriend in intense rap battles on Cooling, Detected and Glitcher (remix). Once you completed the week you will have access to two bonus songs in the freeplay menu, Java and LCD. The menus also have a new design and other new features have been added!

You can download FNF Vs. Hex (The Weekend Update) from the Original mod page.