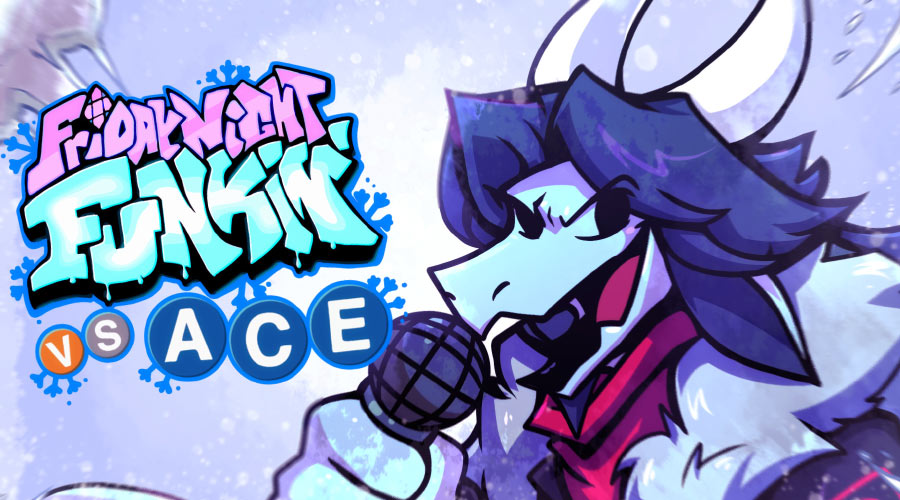 Resist the winter cold in FNF Vs. Ace and sing in the middle of a blizzard in this mod for Friday Night Funkin' that offers two full weeks. While Boyfriend and Girlfiend were waiting for a bus to go to Manhattan, they met a friendly character who offered them a little rap battle to wait. Unable to refuse to sing Boyfriend and Ace began to clash in music on three songs: Concrete Jungle, Noreaster and Sub-Zero. During the second week Boyfriend (in a somewhat special form) will offer Ace a new rap battle on three songs he has just composed. A new opportunity to sing but this time again nothing will go as planned! Strange events will unfold and mysterious characters will join the show to offer you new challenges. The three songs for week two are Groundhog Day, Cold Front and Cryogenic. Other unreleased songs will also be accessible in the freeplay menu but you will have to unlock them!

You can download FNF Vs. Ace from the Original mod page.