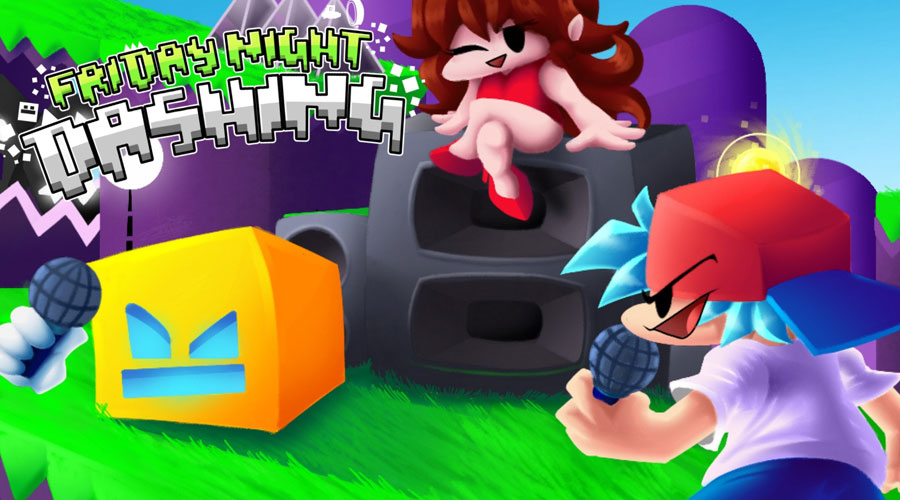 Welcome to FNF Vs. Geometry Dash (Friday Night Dashing), the most geometric mod Boyfriend and Girlfriend have ever ventured into! After going through a portal (one more!), they find themselves propelled into the universe of Geometry Dash and will have to face the famous cubic hero during a week including 3 epic rap battles. Each song represents and bears the name of an iconic level of the game. To start, Boyfriend will challenge in duel Cube and they will compete in a rap battle on the song "Geometrical Dominator". A crazy chase on flying machines will follow, the opportunity for Cube and BF to sing on the song "Striker". But their journey will take them to a place they don't know, in front of the entrance to a strange cave whose door is guarded by a terrifying creature. Boyfriend will have to show all his singing skills during the rap battle against Keeper on the song "Infiltration". In the freeplay menu you will have access to the bonus song "At The Speed ​​Of Light". This rap battle against one of the extreme demons will be a most formidable test and it will take perfect concentration to not lose the pace!

You can download the mod FNF Vs. Geometry Dash from the Original mod page.